New tax code: Hardly any savings for the salaried 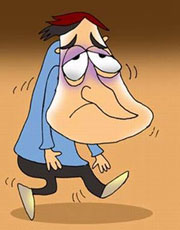 The new Direct Taxes Code Bill is likely to be passed in Parliament on Monday. What was initially proposed was so strikingly dynamic and was expected to introduce a sea change in the way taxation took place in the country.

However, what was finally proposed to be sent to Parliament has been edited in so many ways that it did not translate to too much, feel most salaried taxpayers.

However, the government has stressed that though in terms of savings there may not be a drastic change as proposed earlier, the New Direct Taxes Code will in several ways effectively replace the old tax system and offer a much simpler format in the collection of taxes.

Also, the earlier proposal of introducing taxation upon withdrawal (EET) instead of the existing tax free (EEE) status for certain instruments like Public Provident Fund, etc had earlier been withdrawn in a revision.

If that were to be implemented, perhaps, the tax slabs could have led to dramatic savings for all the individuals in different tax brackets. So there have been adjustments all around to create a balance in accumulating government revenues from tax.

Let's take a quick look at how the salaried class will be affected post the implementation of the New Direct Taxes Code in its latest avatar.

The income tax for the above slab is proposed to be nil. Earlier, this was restricted to individuals earning below Rs 1.6 lakh (Rs 160,000).

If you are earning exactly Rs 10 lakh, you can approximately save around Rs 18,500 compared to the current tax outgo.

The maximum tax saving to be had if the earlier proposal was implemented would have worked out to a super save of around Rs 200,000, while currently this would only work out to around Rs 26,000 in a financial year for a woman earning a little above Rs 10 lakh.

Also, there will be no surcharge or cess on companies, thereby bringing the corporate tax rate to 30 per cent from the current 34 per cent. Also, this will be uniform across, both, foreign and domestic companies.

BankBazaar.com is an online marketplace where you can instantly get loan rate quotes, compare and apply online for your personal loan, home loan and credit card needs from India's leading banks and NBFCs.
Copyright 2021 www.BankBazaar.com. All rights reserved.
SHARE THIS STORY
Print this article