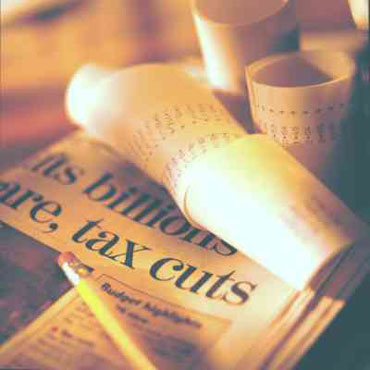 The government may take the first step towards fiscal consolidation in Budget 2010-11 by partially rolling back tax cuts given to the industry last year. The service tax rate may be restored to 12 per cent, while excise duty could be increased marginally.

The finance ministry is considering a phased exit of the stimulus measures as the economy posted a robust 7.9 per cent growth in July-August quarter of 2009-10. To begin with, it wants to withdraw measures that are not likely to impact the industry significantly, such as the 2 per cent service tax cut. In the case of excise duty, the increase may not be equivalent to 6 per cent reduction that the industry got from the government as part of the stimulus measures.

The Budget changes would also be used as an opportunity to rationalise indirect taxes ahead of introduction of the goods and services tax (GST).

According to government sources, all options were being discussed and a final decision would be taken by Finance Minister Pranab Mukherjee in consultation with Prime Minister Manmohan Singh. Mukherjee took the political input across party lines during pre-Budget consultations with members of the Parliamentary Consultative Committee today.

A senior executive of one of the leading automobile companies said the industry, too, was preparing itself for a partial rollback of excise duty cut which had been given to generate demand. Automobile and consumer durables sectors were the major beneficiaries of the duty cut. But with a spur in demand, some sections in the government felt a rollback could be attempted. Indirect tax receipts have taken a major hit due to lowering of excise duty to 8 per cent (in two phases -- 4 per cent and 2 per cent) and service tax to 10 per cent.

The government, meanwhile, is evaluating whether to increase excise duty for specific sectors which are showing recovery, or marginally raise the rate for all sectors to avoid disparity. It may also think of bringing more services in the tax net to improve its revenue mop-up.

An increase in service tax rate without an increase in excise could leave a gap of 4 per cent between the two taxes, which are to be subsumed once GST is introduced. This could come in the way of a smooth rollout of the new tax regime.

Rajeev Dimri, partner, BMR Advisors, said, "If they ( the government) increase service tax, they should also look at excise duty to avoid distortions."

On the kind of impact the service tax cut could have on rising demand, Dimri said it was difficult to assess, "but the cut provides right signal to the industry by lowering costs for consumer".

Added Dimri, "The government has to decide when is the right time to exit the stimulus. Budget is the logical way to do it. It would not make sense to touch the rates two months later. So, they should do it now or six months later."

Poddar said if the stimulus was rolled back entirely and excise duty was to be raised to 14 per cent, the government might find it difficult to again bring it down to 5 per cent later when GST is introduced. Five per cent is the central rate suggested by the Finance Commission taskforce on GST. "The government would not do anything that is not compatible with GST," he added.

One of the major concerns against the move towards rolling back the cuts, especially on excise, is rising inflation which touched a year's high of 7.31 per cent for December 2009. "The inflation could, however, be stoked further if the government's fiscal deficit is not controlled," said an expert.

More spending and lower revenues are expected to widen the fiscal deficit to 6.8 per cent of GDP this fiscal, compared with 6.2 per cent in 2008-09 when the FRBM Act required the government to bring it down to 2.5 per cent. Indirect tax receipts has fallen 21 per cent to Rs 1,46,000 crore for the first eight months of the year (April-November), which is 46 per cent of the Budget estimate of Rs 2,69,477 crore for 2009-10.

The fall in excise duty collections has been sharper at 17.4 per cent till November 2009 compared to service tax collections, which have fallen 6.6 per cent. With pressure mounting on launching crucial social sector schemes, the finance ministry would need to shore up revenues. The finance minister has repeatedly stressed the need to get back to the path of fiscal consolidation by aiming a fiscal deficit of 5.5 per cent in 2010-11 and 4 per cent in 2011-12.