Of controlling inflation and the Budget

Inflation happens when the price of goods and services rise with respect to time. As a common citizen one is affected by the effects of inflation the most as one gets hurt on two fronts - the goods and services become costly and the salaries do not rise as much as the inflation.

How does the government control inflation? 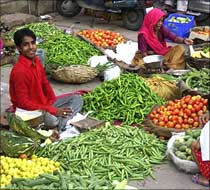 The technical and most often used way to control inflation is by tightening the money supply. The logic goes that when people do not have excess money, they will buy lesser quantity of goods and services and postpone luxurious expenses. This will reduce the demand for the products and thus lead to reduction in prices.

Some times when the inflation is very high, some Governments across the world have resorted to unconventional (read as shady) measures to cover up the inflation. Some of the methods are:

None of the above 5 measures actually address the problem of inflation and lead to the reduction in the value of the country's currency.

In fact the above measures lead to hoarding and even more accelerated rates of inflation.

Excessive inflation running in percentage above 50 per cent and some times in three or four digits is called hyperinflation. The table below shows some of the cases of hyperinflation across the world.

Fortunately India has never been affected by hyperinflation.

India currently faces a unique situation where the current inflation is not caused by money supply but by the lack of the products itself. This is particularly true for the agricultural commodities like wheat, oil seeds, pulses and vegetables.

The Reserve Bank of India and the Finance Ministry are employing the best resources to find a way out of this conundrum.

Not to restrict the money supply. That way the industries will have money to grow.

Increasing the government expenditure in infrastructure. This will create demand for products used in the infrastructure building and also create employment opportunities.

The increased spending from the Government has increased the deficit in the government budget to a very high level. At the GDP level it is a comfortable slightly over 4 per cent. But on an actual budget level, the deficit is at over 40 per cent of the income {14 lakh crores (1.4 trillion) expenses on an income of 10 lakh crores (1 trillion)}.

This is something to be worried about and worked on. A country cannot sustain itself at such high deficit levels for long.

The countries that have had hyperinflation as seen in the table above have had such high deficits leading to their governments printing more and more currency. Though the Indian situation and maturity related to economics and finance is at a much higher plane, the high deficit is something to the addresses in the forth coming budget.

One of the easy ways out to bridge the budget deficit and handle inflation arising out of it is to sell the Government holdings in PSUs. Tough a short term measure, this could help the Government in a big way to tackle the current situation before it becomes a crisis.

Selling PSU holding though thought to be easy again has not been proved so in reality as more than 6 months have passed since the last budget and not even one major PSU listing or follow on public offer has materialised.

One needs to wait for Budget 2010 to see how the best brains in the country are planning to face the immense economic and budgetary issues facing them. Some of the traditional ways of macro-economics may be of no use in this situation.

Newer processes need to be developed by these people based on firm time tested Indian values.