News
Business
Movies
Sports
Cricket
Get Ahead
Money Tips
Shopping
Sign in  |  Create a Rediffmail account
Rediff.com  » Business » Is yours an Indian income? Here's what the taxman says

Is yours an Indian income? Here's what the taxman says 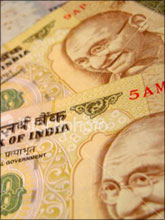 A look at what constitutes as Income on Indian soil and what is not from the viewpoint of the income tax department.

The income tax department defines certain incomes as Accruing or Arising in India. This is the basis of calculating your income and income tax. Let's know more:

The income tax department says that for any company or individual (resident or non-resident) who also has business in geographical locations outside India, only the part of income which can be reasonably attributed to have been earned in operations happening in India will be considered for calculation of Income tax.

An Individual is defined as a resident in India in the previous year if he/she satisfies one of the following conditions:

1.  He/she has spent a total of 182 or more days in India in the assessment year.

3. For anyone who is in the merchant navy (but, on an Indian ship) or has gone out of the country for employment, the above clause will become 182 days in the assessment year and 365 days in preceding four years.

The income tax department also states very clearly that if a person is deemed resident for one source of income, then, he will be counted as resident for all incomes in that particular year.

1. Has been a non-resident in India in nine out of ten years preceding the year of assessment.

2.  Has spent less than 792 days combined during a period of 7 years prior to the assessment year.

Now that we have suitably understood who is defined as a Resident Indian for the purposes of Income tax, let's look at which of their income is deemed Indian.

The following are considered to be income accrued in India. Any income gained from or through any business connection in India. This could be directly or indirectly. Incomes which are received from a property which is situated inside Indian borders. Through or from any source based in India and from the sale of a capital asset inside India.

Thus what the income tax department says is that if they can clearly define that the source of the income is in India then the Income too is accrued in India.

A. Any salary paid in India is deemed to have accrued in India. Even any charges which are collected as payable for a service rendered in India is regarded as income earned in India.

B. If a government employee or citizen of India is reimbursed by the government for rendering any service outside India then it is deemed as accrued in India.

C. Any dividend which is paid by an Indian company outside India to a resident as defined earlier will be considered as an income earned in India.

D. Interest payable by the government is considered as accrued in India. This would apply for all kinds of government securities and saving instruments like bonds.

E. Any interest received from a resident except if that person has borrowed money from you to pursue business activities outside India. The logic behind this could be that this would ensure positive cash flow into India.

F. If the interest is paid by a non-resident to you then it will be added to your income except if that person has used the money borrowed from you to use for business activities in India. The logic behind this would be to boost investments in India.

G. The same concepts of point D, E and F are applicable for any income generated from Royalties or copyrights.

H. For any income from fees for technical services provided the income tax department uses the yardsticks as mentioned in points D, E and F.

Although at a cursory glance some of the ideas discussed above might sound to be the stuff that our auditor/financial planner should be concerned with and not us, it is imperative that we understand the philosophy behind them so that we are more in control of our income tax assessments.

With the increasing benefits of technology the tax man is becoming more and more competent in keeping track of your activities vis-a-vis your income tax implications.

Thus, it is highly advisable that we are very clearly aware of all the rules and regulation and ensure 100% compliance. After all its our hard earned money that will work hard for the Indian economy.

BankBazaar.com is an online marketplace where you can instantly get loan rate quotes, compare and apply online for your personal loan, home loan and credit card needs from India's leading banks and NBFCs.
Copyright 2021 www.BankBazaar.com. All rights reserved.
Related News: India, Royalties
SHARE THIS STORY
Print this article