Why SIP is the best investing style 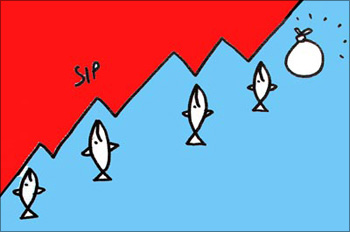 "Discipline is the bridge between goals and accomplishment." -- Jim Rohn, American speaker and author.

However while investing, we often seem to forget this. Our zeal to make quick money, even at utmost risk, leads to a lot of grief. While there are several theories of investing in the stock market, retail investors are better off by simply investing consistently.

Among the many mantras, market timing is the most common, where investors look to enter, book and exit quite often. There are also diehard followers of the buy and hold strategy. At the same time there are experts who would say that portfolio rebalancing across asset classes such as equity and debt is a must.

They believe since no one can time the markets consistently, there is no point in chasing this strategy. Then, there are proponents of the cost averaging theory, popularly known as systematic investment plan (SIP).

So, which is the best strategy to be followed? Let's try and answer this by looking at how each of these strategies have fared since the start of the global financial crisis.

We have taken this date as this month saw the collapse of Lehman Brothers, widely considered the start of the market mania on its way downwards.

'Never try to time the market'