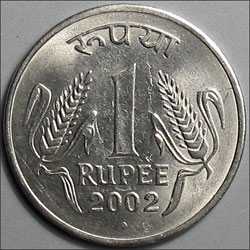 Every year on the last working day of February, the Government of India presents the annual Budget for the next financial year.

However, if it is an election year just like it was in 2009, the government would instead present a vote on account (VOA) or an interim budget. So what is the VOA all about? How is it different from a full budget? What is the time gap between VOA and budget? Read on.

What is annual budget?

Let us first understand about annual budget. An annual budget has two parts: part one is the summary of income and expenses made by the government in the previous year. Part two is the announcement of proposed ways to raise money from taxes and spending them on welfare measures across the country in the various segments.

Once the annual Budget Speech is presented by the finance minister usually on February 28, it goes through elaborate debates in the Parliament before a vote for or against the proposals is made. After this the finance bill is said to be passed. This process usually goes on till March 31.

This year, however, the Union Budget will be presented on February 26, a Friday.

During an election year it is not practical for the ruling government or for the new government taking charge after the elections to prepare or debate on the full budget and pass it before the new financial year begins.

Hence, the outgoing government would announce an interim budget or vote on account in February which will be followed by a full budget by the new government in a few months' time after the elections.

The interim budget will include a report card on the income and expenses made last year and the proposed expenses likely to be made in the next few months until the new government takes over. There is no proposal on the income part of the budget through collection of taxes.

This procedure called vote on account would seek the approval of the Parliament. Once there is approval the funds for these expenses are then debited to the Consolidated Fund of India.

An interim budget or VOA is also presented just before a few months in the pre-election period during which a code of conduct is put in place. This would gag the central and state governments from announcing any major sops as this could swing the voting pattern in favor of the ruling government.

Difference between VOA and budget

As said a vote on account is only about the outgoing government's income and expenses made during the last year and also to seek the Parliament's nod for the expenses proposed to be made in the next few months. There are no sops announced in a vote on account and there is no talk about generating income through taxes.

A budget on the other hand is a full annual budget and will include the report card for the last year, income and expenses to be made in the next financial year through taxes and welfare measures and also any sector wise sops.

The time gap between VOA and budget

If it is an election year the outgoing government presents a vote on account and the full budget is presented only after the new government is sworn in. Usually the time gap between the two does not exceed six months.

Some facts on VOA in India

The first VOA in India was presented in the year 1952-53. Till date there have been 11 VOAs held in India, five by the outgoing government and six by the new government as they did not have enough time to present a full annual budget.