Budget: What some industry sectors want 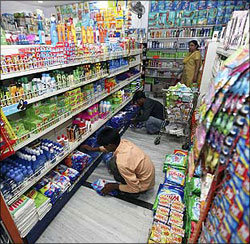 With the Union Budget barely a month away, various industry bodies see this as an opportunity to draw Finance Minister Pranab Mukherjee's attention to their sectors and put forth their demands so that he can address these issues in the forthcoming Budget.

Here are the wishlists of three major industry sectors:

Things have improved for the Indian hotel industry that was passing through a difficult phase on account of the economic downturn, terror attacks and swine flu over the last one year.

Some pick-up has been witnessed in the tourist inflow during the second half of the fiscal. The hotel players have indicated their wishlist for the upcoming Budget on February 26:

With the companies currently witnessing cash flow pressures, the players are hoping that the following demands if met would improve their financial standing. The hotel companies are also banking on the Commonwealth Games (CWG) 2010 to be played in Delhi. With more than 100,000 visitors expected for the games, hotel chains and travel agents are expecting a 25% increase in room rentals.

The sugar sector is making news since the last couple of years. The domestic price of sugar has reached new highs led by a supply shortage. The supply of sugar in India is pegged at around 16 m tonnes per annum, while the demand is about 23 m tonnes.

This is the second year in a row when India will experience a shortfall.

With budget expected to announce soon, the sugar industry has come up with its expectations.

The government should also do away with the release order mechanism, which may create supply shortages and push up prices, instead of importing high-cost white sugar. Currently, 10% of the sugar produced has to be sold to the government at notified prices for distribution through PDS and the rest is sold through a release order issued by the government.

The government should also take measures to promote ethanol. While the government has been pushing to introduce 10% mandatory ethanol blending, the implementation is yet to happen. Further, in order to give a fillip to large-scale investment in ethanol production, the industry expects the government to cover the ethanol projects under section 80-IA of the Income Tax Act. The companies want the exemption as well extension of the income tax benefit to the ethanol projects.

With the sector currently witnessing bitter sweet times in terms of prices and production, the industry is expecting the government to take some concrete measures.

2009 was a good year for the Indian FMCG sector. Strong volume and price hikes led to the sector grow at a strong 12% growth in 2009. Further, the reduction in excise duties as a part of the stimulus package offered by the government during last year aided the growth. The Rs 86,000-crore FMCG industry is expected to register a 15% growth in 2010 as compared to the previous year.

The companies have indicated their wishlist for the budget.

To rapidly implement GST (Goods & Service Tax). This will replace the multiple indirect taxes currently levied on FMCG products. This would lead to uniform, simplified and single-point taxation and reduce prices. Consumption growth and improved tax compliance will result in an increase in tax collections. As per Ficci-Technopak report, implementation of the proposed Goods and Services Tax (GST) and opening of Foreign Direct Investment (FDI) are expected to fuel growth further and raise the FMCG industry's size to US$ 47 billion (Rs 225,000 crore) by 2013 and US$ 95 billion (Rs 456,000 crore) by 2018.

The companies are hoping that the government does not roll back the excise duty cuts given during the start of the year. With rising commodity prices, any increase in duties would further add to the cost, which may affect the volume sales.

Control in prices of the commodities in also on the agenda. Recently prices of most of the raw inputs have gone up significantly. The companies want the government to take measures to control the prices and give higher focus on increased production.

With rural areas being the growth drives in recent, times. FMCG companies want the government to continue its focus on the rural sector in the forthcoming budget. Employment generation and infrastructure spending is needed to improve rural income. With low penetration, huge consumer class and rising rural income, FMCG companies are banking on rural areas for volume growth.

Enforcement of the Trade Mark and Copyright Laws. This would reduce counterfeits, and protect the rights of consumers and FMCG companies. Counterfeit products account for almost 5 % of the industry and pose serious challenges in its growth.

Better infrastructure facilities in terms of road connectivity, warehousing facilities and cold storage. This would lead to lower wastages.

The companies also want the government to lower the corporate taxes and personal income taxes. This would leave a few extra rupees in consumers' pockets thereby leading to higher growth in sales.