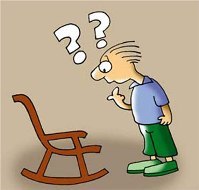 The government has proposed EEE (exempt-exempt-exempt) method of taxation for New Pension Scheme -- exemption at all the three stages of deposit, appreciation and withdrawal. Earlier, the withdrawals from the NPS were taxed.

This brings it at par with the other long term investment avenues. Outlined is a brief snapshot of the product and also the impact of the change announced by the recently revised Direct Taxes Code.

Inspite of New Pension Scheme being launched for the last 2 years, it has not been able to garner attention of the investor fraternity. Hence to promote it, the Government of India has announced that it will add Rs 1,000 co-contribution every year for the next three years for everyone who joins the New Pension Scheme.

However, there are other costs involved like the cost of opening an account (Rs.50), annual maintenance charge (Rs 350) and a per transaction charge of Rs 10. Further one has to pay Rs 40 for registration and Rs 20 per transaction at points of presence.

The charges would come down once number of accounts opened increases. This is still cheaper than charges of mutual find and ULIPS.

NPS versus other investment avenues

NPS versus PPF: New Pension Scheme last year gave around 14.8 per cent average returns. Public Provident Fund gave returns of about 8 per cent. The lock-in period of PPF is lower compared to NPS. It is 16 years and the chances of the saved money getting used for other purposes is high.

Also being only a debt investment, the returns are lesser than NPS as NPS allows you to invest some part of your savings in stocks which definitely enhances the returns in the long term.

Further, in the case of NPS, at the time of maturity, one has to compulsorily buy a life annuity which will ensure a regular periodic income.

When compared to mutual fund and ULIPs the returns from NPS are higher as the fund management charges and allocation charges being charged by it is lower.

The revised DTC has paved way for  a brand new NPS as with the tax abolishment during withdrawal it is now on par with the other investment avenues.  The monthly/quarterly contribution towards equity in NPS will assure rupee cost averaging and thus earn higher returns.

Also investment up to Rs 1,00,000 is tax deductible under Sec 80C. Hence, as an investor one should look at this investment avenue now to plan your retirement savings.