Stock market: What are circuit breakers? 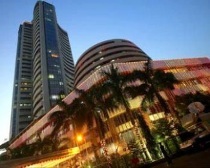 Some factors are predictable and can be studied and analysed using statistical tools like graphs and techniques like ratio analysis, trend analysis, theory of probability etc.

Certain other factors and their influence on prices of a particular stock or the market in general and the degree of their impact are completely unpredictable.

Since market sentiments cannot be predicted accurately and their impact on stock prices is difficult to judge, sometimes the movement of stock prices can beat all logic and move tremendously in any direction.

Circuit Breaker is a system to sustain sanity of the stock market in such situations. For example, the BSE Sensex moved up by 2110.79 points on May 18, 2009 after the Parliament election results were announced. The trading had to be halted since the market became extremely volatile and moved beyond reasoning.

What is a circuit?

Circuits are of two types - circuit for an index and for a stock. So, if an index or the price of a stock increases or declines beyond a specified threshold it is said to have entered into a circuit. Securities and Exchange Board of India specifies this threshold as a percentage of the prior day's closing figures.

What is a circuit breaker?

Factors like market speculations force stock prices or indices to enter in a circuit. Such a condition is beyond the control of regulatory authorities. Hence they use the circuit breaker to curb such market situations.  Circuit breaker, simply put, is a set of rules formed and issued by SEBI in order to bring back normalcy in the stock markets in the event an index or stock enters a circuit. SEBI has different circuit breakers for indices and for stocks.

Circuit breaker for an Index

Circuit breakers are applied only on equity and equity derivative markets. Whenever the major stock indices like BSE Sensex and Nifty cross the threshold level, SEBI rules require that the trading at the stock exchange be stopped for a certain period of time beginning from half an hour to even an entire day. The time frame for which trading is stopped depends upon the time and amount of movement in the indices. The idea is to allow the market to cool down and resume trading at normal levels. The thresholds are implemented stage wise.

Circuit Breaker for a stock

A price band specifies the span or price range for a stock to move without any interference from regulatory authorities. Only when the stock prices move beyond the range, it is considered as entering into a circuit and circuit breakers are applied. Daily price bands of 2 per cent, 5 per cent and 10 per cent are applicable to different equity stocks. Price bands of 20 per cent  are applicable to all remaining scrip like preference shares or debentures. For example, for a stock with a price band of 5 per cent that closes at Rs100 on the previous day, the price band will be between Rs 105 and Rs 95.

What are an Upper circuit and Lower circuit?

The objective of circuit breakers is to control the stock markets at times when they move beyond reasonable limits. When a stock enters an upper circuit, it puts an investor who has already invested in the stock at an advantage. On the contrary a stock movement into a lower circuit places the investor at a disadvantage because it is now difficult to sell off these shares as they have lost a lot of money.

BankBazaar.com is an online marketplace where you can instantly get loan rate quotes, compare and apply online for your personal loan, home loan and credit card needs from India's leading banks and NBFCs.
Copyright 2021 www.BankBazaar.com. All rights reserved.
Related News: Securities and Exchange Board of India, BSE, Index Circuit, Parliament, Lower
SHARE THIS STORY
Print this article

Do people in poor nations have lower IQs?