Real estate: How the new tax code impacts you

The revised draft for the Direct Tax Code released on June 15, is currently a hot topic of discussion among people. The code is an attempt by the government to simplify the existing income tax laws in the country. Assuming there are no further roadblocks, the government expects to implement DTC on April 1, 2011, after it is passed by the Parliament. 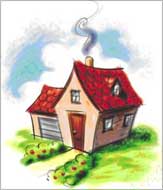 However, there are several questions that bog us such as what will be the likely impact of the changes proposed on people's household budgets, or how will the proposed changes impact real estate sector?

Here is a list of some of the noteworthy changes proposed in the draft code that will impact the real estate segment.

Changes proposed in the draft code

The loss or gain made will be factored in your income and taxed according to the income tax slabs of the investor. According to the existing tax laws, sale of asset before three years of purchase is considered short term.

Long-term capital gains. According to the proposed laws, any loss or gain made on the sale of an asset after one year of purchase is liable for long-term capital gains tax. Instead of indexation benefit, the government plans to introduce the concept of discounting based on which LTCG will be calculated. It has also revised the base date for determining the cost of acquisition.

According to the draft code, from April 1, 2011, April 1, 2000 will be considered for calculating the discount rate and not April 1, 1981, which is used currently. This is a good news for investors who have invested in property years ago, as the unrealised capital gains on such assets between April 1981 and April 2000 will not be taxed.

Earlier long-term gains were taxed at a flat rate of 20 per cent after indexing it for inflation. However, now it will be added to your income after indexation (wipe out the rise in property value on account of inflation) and be taxed at the marginal tax rate i.e., the rate will be dependent on the tax bracket you find yourself in.

This change will have a direct bearing on individuals in the higher income bracket as tax outflow will increase. So if you fall in the 30 per cent tax bracket, your gains will be taxed at 30 per cent.

Taxation on rental income. According to the earlier draft, the DTC had proposed that gross rent should be calculated at a presumptive rate of 6 per cent of either the market value or the cost of construction or acquisition, whichever is higher.

However, it has now decided to reinstate it to the actual rent received or receivable for the financial year. Doing away with the complex method of calculation of rent will prove to be beneficial for recent home owners letting out their house.

Interest on home loans. The draft DTC released in August 2009, proposed doing away with the tax deduction on the interest paid on home loans.

But fortunately, the revised DTC intends to continue tax deduction on the interest paid on home loans up to Rs 150,000 for purchase or construction of residential property. This has come as a relief for first time home buyers.

Property not let out. This will be ignored from tax calculations and hence no deduction for taxes or interest will be allowed. Any one house property that has not been let out (treated as self occupied) will be eligible for deduction on account of interest to the tune of Rs 150,000.

Ambiguous areas. The discussion paper does not mention anything about the tax benefits on the principal amount paid on housing loans, while it clearly states that interest paid is deductible up to Rs 150,000. It has also not mentioned anything on the tax treatment of interest during the pre-construction period.

Changes proposed in the revised draft of the Direct Tax Code will cheer home owners and home buyers. While changes like tax deduction on interest paid on home loans and calculation of tax on actual gross rent are favourable for investors, changes in capital gains dampen enthusiasm.

BankBazaar.com is an online marketplace where you can instantly get loan rate quotes, compare and apply online for your personal loan, home loan and credit card needs from India's leading banks and NBFCs.
Copyright 2021 www.BankBazaar.com. All rights reserved.
Related News: DTC, LTCG, Parliament
SHARE THIS STORY
Print this article