Know your taxes to save better

Filing tax returns is an essential task for anyone whose income crosses the basic exemption limit. In order to minimize the tax impact on your income, tax planning is essential and for the same, it is essential to keep a track of the latest developments as it will help you plan your investments wisely. 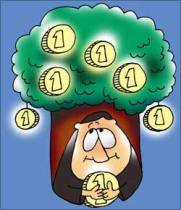 The direct tax code which is in the proposal stages will replace the Income Tax Act come April, 2011, and hence, it is key to understand what the proposed changes are, and how it will impact you, the salaried individual. Following is a synopsis of the various changes announced.

This is an area that has not been touched upon in the revised discussion paper released on the July 15. However, the draft version of the DTC announced in August 2009 has proposed the following changes

It remains to be seen what the final take of the Central Board of Direct taxes would be to assess the impact.

Insurance maturity proceeds are currently tax free in the hands of the individual. In the earlier draft of the DTC released in August 2009, it was proposed that maturity benefits on insurance products should be taxed.

However, the recent version of the DTC has done away with it, but has specifically mentioned that the tax benefit will be only for 'pure' insurance plans. This implies that investment products such as ULIPs and endowment plans will come under the EET regime and hence be taxed. However the document does not specify what 'pure' insurance plans include, leaving some sort of ambiguity.

If implemented, it will be applicable to products bought after April 1, 2011. This will reduce the popularity of investment products which currently occupy a significant portion of business for insurance companies.

Long term capital gains has been introduced with long term gains to be added to the income and taxed at the marginal rate of return post a deduction on the gains, the percentage of the deduction is yet to be announced. The deduction will be tax free. Also the definition of long term has been changed to at least one year after the financial year in which investment has been made. So if any investment is made on June 10, 2010, for it to qualify as long term, it has to be held at least till March 31, 2012.

Short term capital gains is proposed to be added to income and taxed at the marginal rate of tax depending on the income slab, as against the current method of a flat rate of 15 per cent being charged.

These changes if implemented will be beneficial to short term investors in the lower income bracket while long term investors stand to lose, as their gains which were once tax free, will now be taxed.

Tax deduction on interest paid for self occupied homes has been reinstated. This means individuals can continue to claim a tax deduction up to Rs 1,50,000 on this front.

Definition of short term gains has been revised from 1 year to 3 years. The tax treatment for short term gains continue to remain the same i.e. it will be added to your income and the marginal tax rate will be charged.

However, in case of long term gains, there is a change where in gains will be added to the income after indexation against the earlier method where a flat rate of 20% was charged.

For rental income, gross rent will continue to be calculated on an actual basis which will simplify things for individuals who plan to let out their house.

·   EEE treatment for retirement products has been reinstated which means that withdrawal from Government Provident Fund, Public Provident Fund, recognised Provident funds and the pension scheme offered by PFRDA, will no longer be taxed. However, in order to ensure that the long term saving objective is achieved; rules for contribution as well as withdrawal will be made uniform. For an individual, building a corpus for a secure retirement, there couldn't be better news.

·    Compensation received under the Voluntary Retirement Scheme, amount of gratuity received on death or retirement and amount received on encashment of leave at the time of superannuation will be exempt from tax subject to specified monetary limits. This is a big positive for employees because they will have more money at their disposal.

The discussion paper released is not comprehensive in sense as there is no clarity on certain aspects such as tax slabs, definition of pure life insurance products among other things. However, if you go by the announcements proposed, if the same are implemented, it would result in several noteworthy changes for individuals which will take effect while filing returns for the financial year 2011-12.

BankBazaar.com is an online marketplace where you can instantly get loan rate quotes, compare and apply online for your personal loan, home loan and credit card needs from India's leading banks and NBFCs.
Copyright 2021 www.BankBazaar.com. All rights reserved.
Related News: DTC, PFRDA, Central Board of Direct, EEE, EET
SHARE THIS STORY
Print this article

Retirement benefits, including PF, not to be taxed