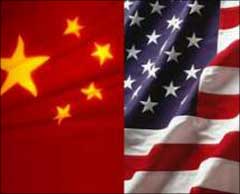 According to the report 'International Yearbook of Industrial Statistics 2010', two more developing countries -- India and Brazil -- figure in the list of top 10 industrial manufacturers globally at the ninth and tenth positions.

"With this development, China unseats Japan and is trailing behind the United States," UNIDO said.

It added that China's share of the global total of manufacturing value (MVA) was at 15.6 per cent, slightly higher than Japan, which stands at 15.4 per cent.

The United States maintains its number one spot at 19 per cent. While China has a lead in absolute amount of production, the UN also pointed out that Japan is still the world's most industrialised country, in terms of MVA per capita, totaling nearly $9,000 compared to $700 for China.

The three countries, US, China and Japan produce half of the world's manufacturing output, UNIDO said.