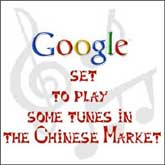 Search engine Google on Thursday denied it was planning to shut down its business in China by the end of the month.

Google's spokeswoman Marsha Wang told China Daily on Thursday that the company had not ordered its domestic advertising agents to stop doing business.

"That's not possible. Our China operations are still normal," the China Daily quoted Wang, as saying.

Rumors about Google's possible retreat from China were running high on Thursday ever since its CEO Eric Schmidt said at a media summit in Abu Dhabi a day earlier that he expected 'something will happen soon' about its high-profile spat with China.

This CEO quit his job to become eco-entrepreneur

SRK to catch My Name is Khan in Abu Dhabi