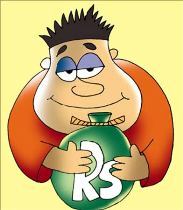 Financial year-end is a time for investors to take stock of their portfolios. People may find this to be a trying exercise, as they  have to run around to complete their investment requirements in the last few days. For some others, however, this time can be used well to ensure that an extra benefit is earned. Specially for debt mutual fund investments, where the benefit can be prominent.

The gain on sale of mutual fund holdings at a price higher than the cost is known as capital gain. A gain for funds held for less than 12 months is called short-term capital gain, while  gain on funds  held for 12 months or more is called long-term capital gain. There are different rates for taxation of these gains and an extra benefit on the long-term capital gain. The extra benefit comes in the form of indexation, whereby the cost of the investment is raised to account for inflation for the period the investment is held.  This is done by using a cost inflation index number released by the tax authorities every year.

The end of a financial year gives an opportunity to investors to get a double benefit, using the indexation route. The double indexation benefit is for investments that need not be locked in for a two-year period, but is for at least over a year. For example, if mutual fund units are bought in March 2009, they are considered to be bought in financial year 2008-09. Then, if the units are sold in April 2010, the financial year for the sale will be 2010-11. Actually, the holding is for just over a year, but there will be two-year benefit on the indexation, ensuring a lower tax amount.

Since the units were held for more than 12 months, a long-term capital gain tax is levied . Then he needs to calculate the amount to be taxed and here the cost price will increase, due to the double indexation benefit. The base year for the cost inflation index number is 2007-08 (as the units were bought in March 2008), the index figure was 551. The year of sale is 2009-10 (as the units were sold in April 2009), the index number was 632. The cost for tax calculation will therefore be Rs 57,350 (50000*632/551). The sale price is Rs 59,000 and a long-term capital gain will be charged only on the net amount, which is Rs 1,650. The tax to be paid on this amount is 20 per cent. So, even though there is a massive gain, the cost inflation working has wiped out most of it. In case of double-digit returns entire earning becomes tax-free.

The writer is a certified financial planner