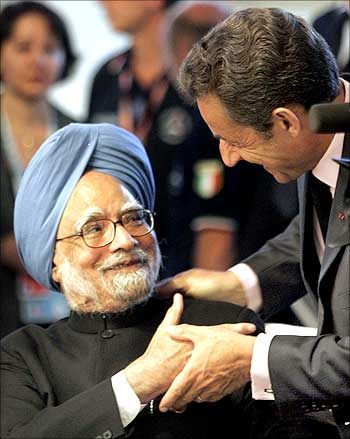 Prime Minister Manmohan Singh recently said: "Unless we want to go to war with Pakistan, dialogue is the only way out."

The kind-hearted economist must know that the days of conventional warfare are over. Today, wars are of two types. One is a low-intensity conflict: the type that Pakistan specialises in. The other is to flood your market with products at prices that lower domestic inflation but make the vendor indispensable, as China is to the United States.

Without going to war here are some ways through which India can its express anger over Pakistan's relentless support to terror.

The author is the founder of esamskriti.com. The views expressed here are solely of the author. 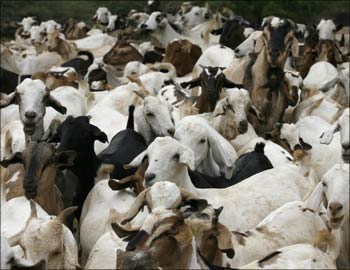 After the United Progressive Alliance-I government came to power, India signed a deal with Pakistan in 2005 to export livestock to Pakistan.

Meat is one of the 11 items which are reviewed by the Pakistan Price Control Committee. It is reported that these items are priced at 15 per cent to 50 per cent higher in Islamabad than in New Delhi. Pakistanis' big appetite for meat presented a business opportunity.

Narain Eximp Corporation, an Amritsar-based firm, has emerged as a large exporter of livestock. Rajdeep Uppal, president of Narain Eximp, said, "The demand is unrelenting. In fact, Pakistan's Ministry of Food, Agriculture and Livestock (MINFAL) has been asking the Indian government to expedite and increase the exports."

India's exports have reduced prices for Pakistan's aam aadmi and enhanced exports of meat and meat preparations. During the period July 2008 to February 2009, exports jumped by 45% to $46.404 million.

Traditionally, Europe was the biggest exporter of meat and meat byproducts to the Middle East, but the mad cow disease put paid to that. Now India supplies significant quantity of meat to Pakistan. 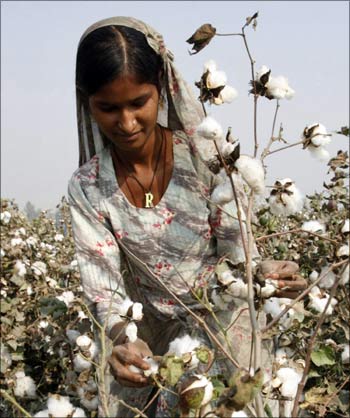 Image: A woman picks cotton at a field in Multan, Pakistan.
Photographs: Reuters

2. India must increase the duty on various items so that it becomes uneconomical for companies to import them from Pakistan.

A GOI press release dated December 16, 2008 gives a list of top ten items imported from Pakistan between April and July 2008. Imports were to the tune of $116.80 million and exports from India were of the order of $473.12 million during this period.

The top 10 items that India imports from Pakistan are: 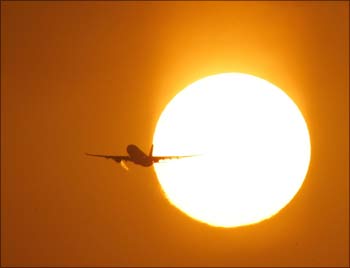 Image: A passenger aircraft is silhouetted against the rising sun during the early morning in New Delhi.
Photographs: B Mathur/Reuters

3. Deny Pakistani aircraft the right to fly over Indian airspace and landing in India.

After the 2001 attack on Parliament, India denied Pakistani aircraft the right to fly over Indian airspace and land in India. The move makes it difficult for anti-India elements in Pakistan to reach Nepal and Bangladesh from where infiltration into India is a cakewalk as is proved by what defence analyst Bhaskar Roy wrote recently, "The latest case, a Lashkar-e-Tayiba (LeT) leader -- Mohammad Omar Madani -- was arrested in Kathmandu (Nepal) and brought to India. During the interrogation, Madani confessed to the Indian agencies that he was to recruit Indian Maoists/Naxalites to train in terrorism in Pakistan."

The move will increase cost for both Indian and Pakistan airline companies. By virtue of being a much larger economy we have the ability to absorb additional cost. 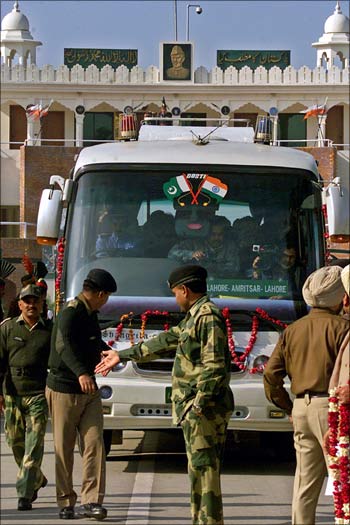 Image: Indian soldiers escort a bus as it crosses over to India from Pakistan at the joint Wagah border-post.
Photographs: Munish Sharma/Reuters

uring a Pakistani cricket team's goodwill tour of India, the Vajpayee sarkar granted visas to many Pakistanis some of whom preferred to stay back and are still not traceable. 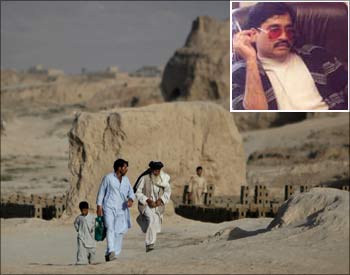 5. India must destroy Dawood's local support base: Difficult, but doable!

Pakistan's ability to strike within India increased after Dawood Ibrahim shifted base to Karachi. Use unorthodox methods to destroy Dawood's support base in India. 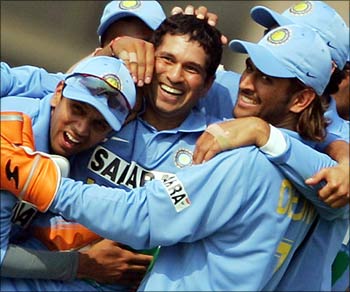 6. India must snap cricketing ties with Pakistan, but play only World Cup matches.

The popularity of the Indian cricket team attracts crowds worldwide, more so in Pakistan, where an Indo-Pak series is the equivalent of the Australia-England Ashes series. Our cricket team's visit to Pakistan in 2004 filled up the coffers of a bankrupt Pakistan Cricket Board. 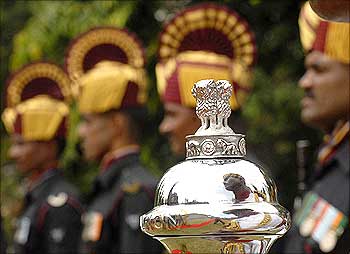 Image: An Indian soldier is reflected on an official emblem of the government of India during Vijay Diwas celebrations in Hyderabad.
Photographs: Krishnendu Halder/Reuters

7. We will choose the timing of talks and that surely is not now!

Has India gained anything by 'talking' to Pakistan? Then why must we engage in a dialogue? After all, India is the world's second fastest growing economy, a vibrant democracy, has a large entrepreneurial and intellectual class and a dynamic private sector. The less said about Pakistan on these counts, the better. 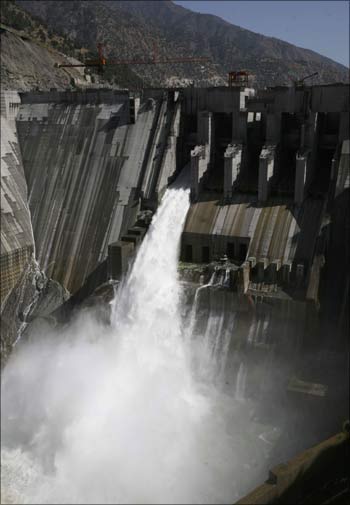 8. India must undertake short-term measures to utilise its entire share of waters under the 1960 Treaty.

India must seek control of the river Jhelum and subtly increase the quantum of water from the western rivers while adhering to the spirit of the 1960 Treaty. The farmers of Jammu & Kashmir want water and power to irrigate their lands, don't they?

The 1961 Indus Water Treaty allows India unfettered right over use of waters of the rivers Sutlej, Ravi and Beas. Pakistan is allowed unrestricted use of waters of Indus, Chenab and Jhelum.

According to Business Standard, 'The state (J&K) possesses a hydropower production potential of 15,000 MW. If the west-flowing rivers -- Indus, Jhelum and Chenab -- assigned to Pakistan under the Indus Water Treaty of 1960, are left untapped, a sizeable chunk of this potential will remain untapped.'

'The treaty allows India to generate as much as 8,769 MW of power at 60 per cent load factor from the three western rivers. So far, projects having an installed capacity of only around 1,348 MW have been put up on these rivers. Against the permissible irrigation command area of 132,389 acres in the Chenab basin, the actual potential created is only 115,619 acres.' 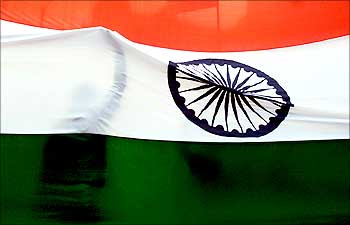 As a cost-reduction measure the strength of the Indian Embassy in Pakistan should be reduced by 50 per cent.

Surely Pakistan will retaliate, but India must stand firm. At the same time we should not underestimate the strength of our opponents but simultaneously increase the scope and scale of relief work in Afghanistan.

The media's preoccupation with Pakistan must not result in the Armed Forces and GOI lowering their guard in the East. A brief and lethal attack from across the Himalayas could change equations dramatically. Over time China has proved that a friend in need is a friend indeed.

The above actions would come to naught if India buckles under international pressure and agrees to talk after a few months as it has done in the past.

Sanjeev Nayyar is founder of esamskriti.com. The views expressed here are solely of the author.