Sign in  |  Create a Rediffmail account
Rediff.com  » Business » This is why private medicare in India is sick

This is why private medicare in India is sick 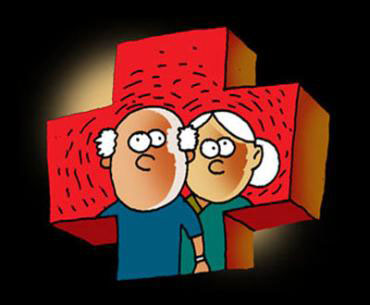 A few weeks ago, I was visiting a relative who was in critical care in a Pune hospital, which was run by a trust, as distinct from a corporate hospital. The former is considered a non-profit while the latter is always a profit centre.

The nurse walked out of the cubicle, handed me a prescription and commanded, 'Get this, now!'

At the drugstore run by the hospital within the hospital, the man at the counter asking each patient's attendant if the person being treated was 'under insurance' or 'private'.

If it was the former, the prices for all drugs were 25 per cent higher than the MRP. I asked why.  He responded, "The insurance companies take almost six months to a year to settle the bill, that's why!"

In other words, the hospital was covering its losses by way of reduced cash flows but was charging the patient a usurious 25 per cent for no fault of the patient. But the 'sufferer is the insurance company, not the patient,' he argued.

He had a point there, but one thing nagged me all these days: is the hospital always at fault for the inflated bills cashless patients are given? 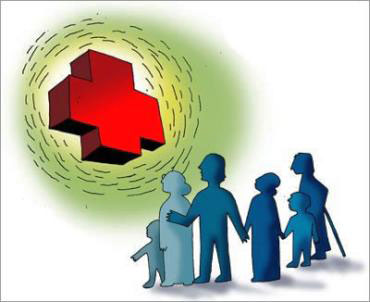 Now, cut to a moment some 15-17 years earlier. A friend's father was in a hospital from which he returned dead. On admission, after a hefty deposit, a prescription was handed over, in this case to just fetch medicines from the chemist's within the hospital; the bill would be toted up at the time of discharge. However, there was an itemised list, with prices marked.

By the end of the day, it was discovered that the gentleman was entitled to hospitalisation cover from his daughter's employer, he being her dependent. A faxed letter from the employer asked that bills be sent to them for payment. That evening, the same itemised bill for the day's use priced the consumables like syringes higher by nine times.

Why? Because someone else was paying.

This why-worry-when-someone-else-is-paying syndrome surfaces in the most unexpected places. I know of a retired justice of the Supreme Court who was admitted to a major city hospital, again registered as a non-profit hospital, and since it was a third bypass for the gentleman, an eminent surgeon wanted to minimise risks and asked that the operating theatre be fumigated just prior to the surgery.

But that surgery was postponed because another patient needed fumigation of the theatre. Both the retired judge and the other patient were charged separately for it. Why? Because, the judge's bill was being paid by the central government health scheme.

No one is the loser, seemed to be the argument here too, so why worry? That hospital had some eminent men from Mumbai on its trust. This, apparently, was routine. 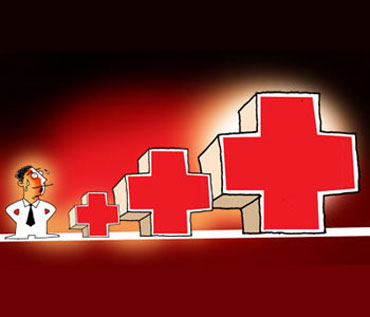 In fact, these hospitals, like many clinics, also go for a series of pathological tests because they are diagnostic tools for them. They seem to have forgotten that there is something called clinical diagnosis which happens by studying the patient on the examination table.

I know of an 87-year-old patient, in a semi-comatose state, who, the hospital decided needed two things done. One was a lumbar puncture and another a full body scan.

Would the two help move to a new line of treatment, I asked. No, said the doctor on duty, it will help us understand whether the infection in the chest was due to tuberculosis but 'she is too far gone to have a new treatment being started'.

But the decision not to have the procedures had to be given by the patient or the patient's attendants because the hospital wanted to play safe.

But one went to the hospital, one thought, because the expertise is with them, not the lay persons who are distraught already. 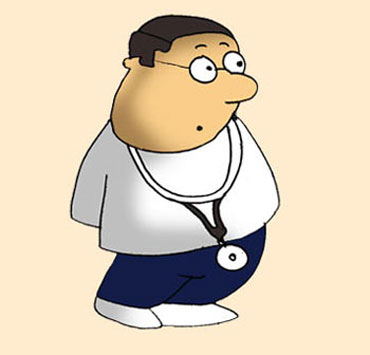 When I asked a few doctors why so much defensive medicine was being practiced, the answer was square and simple. There is a tendency, they said, of patients filing malpractice suits against doctors so they like to protect themselves.

Come to think of it, don't the doctors have insurance against such suits? And -- this is important -- how many cases have we come across reports of malpractice suits in this country where a stray dog can take away a newly born infant?

The dependence on pathology tests because of a kickback arrangement between the clinics and the pathology laboratories could well be a major factor behind this ill.

About a 100 pathological laboratories in Navi Mumbai have a turnover that is several times more than the turnover of the 1,100 clinics. Chew on that.

That the hospitals overcharge has become patent after they agreed to revise their charges to secure the return of the cashless facility. The insurance companies are likely to compare it with the government rates, which it must be said, is not what the profit-makers would like. 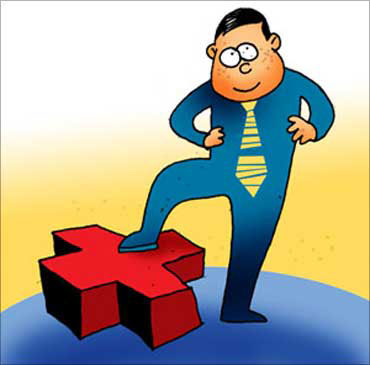 However, a mean is likely to be worked out which would be higher but 'reasonable' and lower than what was charged earlier. Along with this, the insurance companies and hospitals should prepare an ethical code so that the patient is at the center of it, the hospitals do not lose -- as against the earlier profiteering -- and the insurer is in the black, not red.

It is possible that many hospitals are being priced out of these facilities because of the inflation of bills and needless tests. The very purpose of insurance to make proper treatment affordable is being lost out entirely.

This means the steps to be taken have to be towards the entire medicare sector's reform. The country is ripe and ready for it. There is already a tilt in favour of the private sector in terms of the facilities being created, the state having withdrawn to an extent that it only offers a palliative, not treatment.

If private hospitals are cesspools of corruption -- mark it, not one hospital has gone to court over the withdrawal of the cashless facility -- the government ones are cesspools, period.

But are the professionals and the authorities ready for it?