The story behind the amazing marketing of 3 idiots 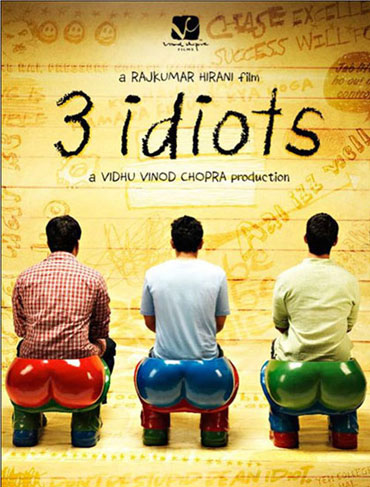 3 Idiots happens to be the biggest grosser of all times in Bollywood. Sample this: the film has so far made Rs 335 crore (Rs 3.35 billion); overseas, it has grossed $16 million (Rs 71 crore).

Meanwhile, the budget for the film, which released in December 2009, was Rs 35 crore (Rs 350 million). The investors have multiplied their money more than ten times.

Not surprising then that the film topped the 2009 Brand Derby. The makers attribute the film's success to its script.

What makes powerful brands stand apart from the others? Is it a combination of savvy marketing, brilliant advertising and groundbreaking design?

At the Business Standard Brand Derby 2010 summit, some of the country's top marketers explored how branding is evolving with the fast-changing consumer mindset. Brand-building is undergoing a tectonic shift in the changing socio-economic milieu of the country; conventional tools will no longer work.

This was the central message of the Business Standard Brand Derby 2010 Summit held at the Leela Kempinski hotel in Gurgaon on July 16. The Brand Derby, an annual survey, ranks the top brand launches in a year. In the 2010 Derby, 3 Idiots had won the Derby. The survey is published in The Strategist, a weekly supplement of Business Standard.

Click NEXT to read what went behind the marketing of the film. . . 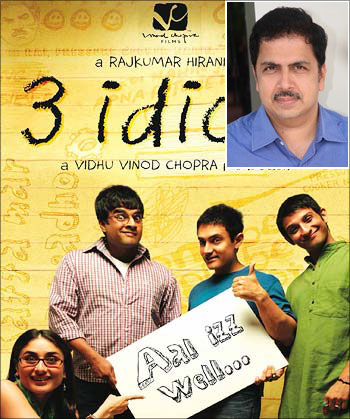 Anil Arjun, the CEO of Reliance Mediaworks, which produced and distributed 3 Idiots, outlined how four months prior to the launch of the film, a 40-member team was put in place to market the film.

There was clutter in the market -- 36 films, Hollywood as well as Bollywood releases, had also hit the theatres around the same time. Also, the campaign had to be crafted in such a way that it appeals to all category of viewers -- those who go to multiplexes in metros as well as those who watch films in a single-screen theatre in a small town.

The film was shown to all Reliance Mediaworks employees and all other stakeholders, weeks before the release on December 24, to ensure that everybody spoke the same language and kept the communication consistent. It was followed by a full 360-degree campaign.

Two weeks before the release, a huge splash was made online. A site called idiotsacademy.com was started to engage the viewer. Aamir Khan, the star of the film, travelled to various parts of the country in disguise to create buzz about the movie.

"To ensure that people come to the theatres to watch the film, we destroyed 2.1 million illegal downloads," Arjun said. 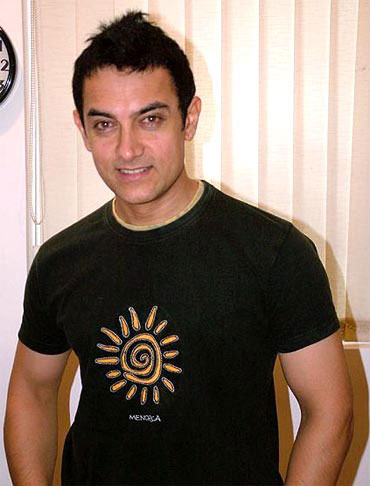 And to surprise the viewer when he came to the theatre, the character of Chatur Ramalingam was kept under wraps right through the pre-release campaign. At the end, he proved as much a crowd-puller as Khan.

"I truly believe that it's the script of the film that's most important. 3 Idiots was an inspiring script and finally a well-made film," says the film's producer, Vidhu Vinod Chopra. Still, it takes more than that for a film to transform itself into a brand.

Indeed, confidence in a product is a pre-requisite. But planning ahead was the key, and the makers of the film spent a good four months doing just that. From that emerged consistent communication. 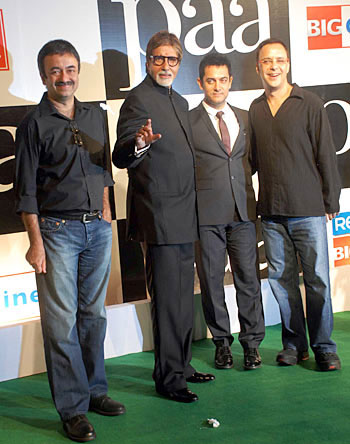 This first of its kind initiative covered 50 television channels and 19,000 spots in a matter of five weeks. On the radio, it took up 11,000 spots over 50 channels covering 35 cities. In addition to that, All India Radio was used to reach out to 195 towns that are not covered by private players.

Digital media was used strongly. One of the first things the company did was to launch an alternate reality game on idiotsacademy.com where actor Aamir Khan said that he will travel through India, leaving clues about his whereabouts, and participants had two weeks to find him.

The site had over 600,000 unique visitors in a matter of two weeks. Along with that, the marketers of the film used Facebook extensively to make a point. A profile called Pucca Idiot was created that today has over 100,000 fans. Meanwhile, each promo and song of the movie was unveiled at separate events with the entire star cast. This added to the buzz.

Likewise, the overseas market too was given major attention with the focus on the top six markets: North America, United Kingdom, West Asia, Australia-New Zealand and South Africa. Together, these markets make up 85 per cent of the first-run theatrical collections.

For this, Anil Arjun and his team first did a thorough population study and mapping of the region. 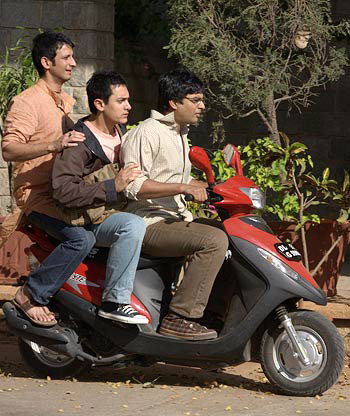 Image: A still from 3 Idiots.

"In California there are over 400,000 South Asians in certain pockets of the state; we therefore decided to penetrate theatres where the South Asian population was particularly strong," says Arjun.

Following this, the movie was released in far more theatres to match penetration. For instance, 3 Idiots made it to 26 locations in California (as opposed to three or four) as against the traditional 10 and 11 locations in Florida.

Piracy problems were also effectively handled. A core group working from India, the United States and the United Kingdom tracked and attacked piracy -- physical as well as online -- by issuing trade notices, warning letters specific to prospective infringing sites and outlets across the United States, Canada and Europe. Raids were also conducted following the release of the movie.

Finally, the makers of the film knew that a large opening would be its trump card. Thus distribution was given equal importance.

In India, the film was released across 1,850 screens; overseas it opened in over 360 screens, making it the largest opening thus far.

"We made sure the domestic market was fully penetrated with the maximum number of shows at multiple timings. But what really worked for us was the fact that of the 50 million people who watched the film first, about 15 million came back to watch it the second time," says Reliance BIG Pictures COO Kamal Gianchandani.