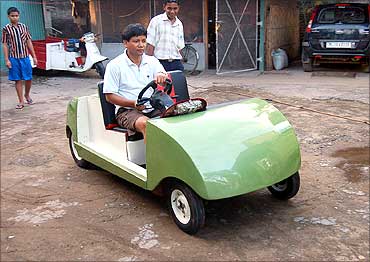 Image: Kanak Gogoi in a car that runs on compressed air. His other innovations include a flying car, a hybrid car, etc.
Photographs: Courtesy, NIF Manu A B in Mumbai 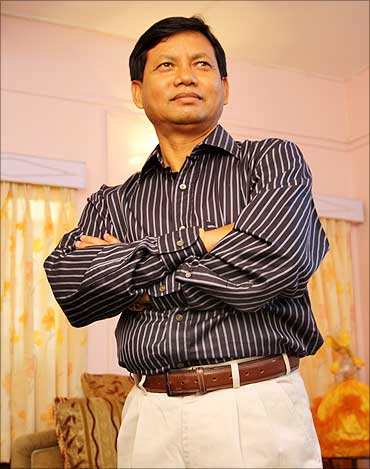 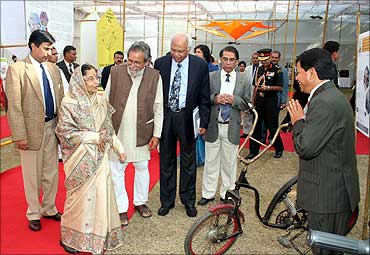 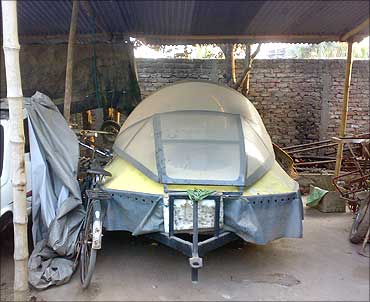 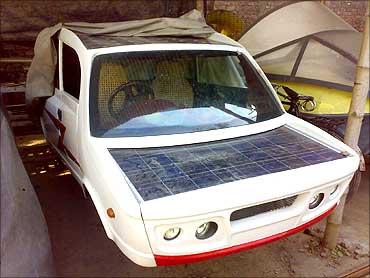 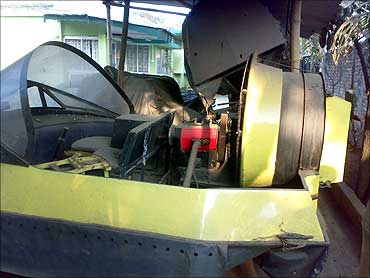 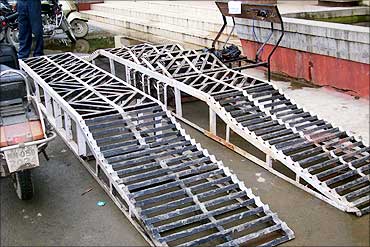 Image: Prototype of a speed breaker that can produce electricity. 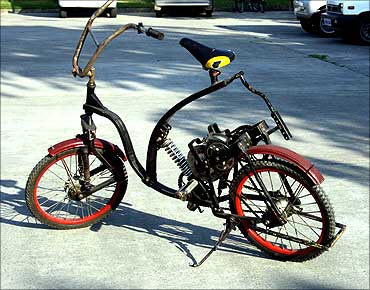 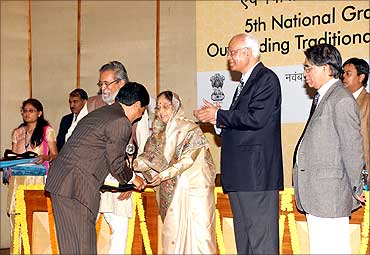 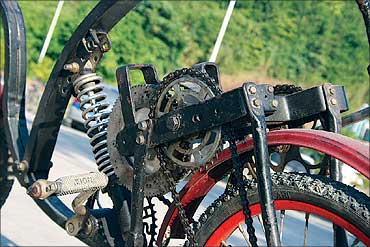 Image: A close look at the innovative cycle. 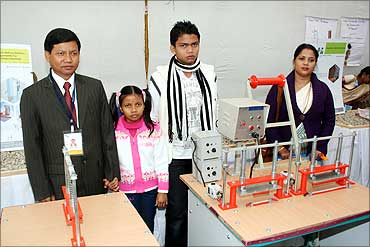 Image: Kanak Gogoi with his family.