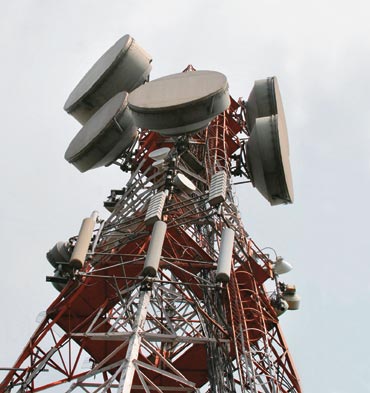 After its deal with GTL failed to go through, it's back to square one for RCom. With nearly Rs 30,000 crore (Rs 300 billion) of debt in its books, finding an investor is fundamental to its survival.

It was supposed to be a win-win situation.

On June 27 this year, Anil Ambani's Reliance Communications (RCom) and GTL Infrastructure Ltd had announced they were negotiating a merger of their towers businesses.

Getting 50,000 towers from Reliance Infratel, RCom's tower subsidiary, would have made GTL Infrastructure one of the world's largest tower companies.

However, the deal fell through and the Ambani company seems the worse off for it.

For India's second-largest operator by subscribers but fourth-largest by revenues, it is back to square one -- still heavily debt laden and hunting for partners, either to buy its towers business or to pick up a stake in its core telecom operations.

The two sides had until August 31 to complete a series of steps, including accounting due diligence, asset verification, valuation, and approvals from the board, shareholders, lenders and creditors.

"Little or no progress on these counts is one of the major reasons behind the termination of any non-binding term sheet. These factors may have hurt this deal," says an investment banker. 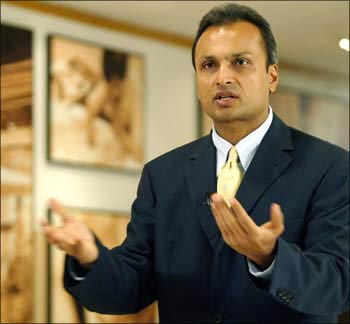 On their part, both sides are tight-lipped about the reasons for the collapse of the negotiations.

"The non-binding term-sheet signed by both parties expired on August 31, 2010. Despite efforts, both parties have neither extended the term-sheet nor entered into any definitive transaction agreements as envisaged therein. Consequently, the process of merger as originally contemplated would not take place," GTL said in a terse statement to stock exchanges.

Sources reveal that the talks broke down neither due to valuation differences nor because of any inability on GTL's part to raise funds. Instead, they say, it was because of a mix of GTL's investor and client concerns, and RCom's desire to wait for a better bargain.

GTL, in particular, would have lost its neutral and independent character, crucial for any tower company looking to attract tenants.

"The moment a tower company is seen as being backed by an operator, other operators become sceptical about using it," says a source familiar with the matter.

Sharing is common, he adds, but is restricted to cases where operators have mutual trust and faith, like in the case of Indus Towers (a joint venture between Bharti Airtel, Vodafone Essar and Idea Cellular).

Sharing also works when it is restricted to a few thousand sites. "In this case, trust was an issue and some of GTL's tenants were threatening to terminate their rental contracts if it went ahead with a deal. Deep distrust among operators has killed the deal," insists the source. 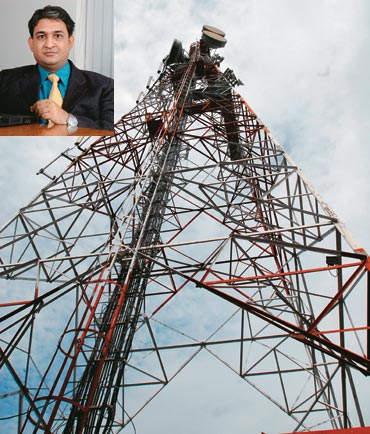 A top official at a telecom firm that does business with GTL confirmed this. "We had been demanding clarity from GTL about the nature of the proposed deal with (Reliance) Infratel. We were not comfortable with the whole idea," he said.

Alok Shende, principal analyst at Ascentius Consulting, says that while some of RCom's towers can support more than two operators, many of the older ones cannot host multiple players.

"Most of GTL's towers, on the other hand, can have six to eight tenants. The quality of towers and differences in the capabilities of the operational teams may have adversely affected the deal," he says.

RCom may now have little choice but to get back to the negotiating table with a strategic investor.

That's the direction it claims to be headed in; "Following the expiry of the non-binding term-sheet with GTL, we are now engaged in discussions with certain other strategic and financial investors, to pursue a similar transaction aimed at significant reduction in the company's debt and unlocking of value for RCom shareholders from the passive infrastructure and related assets in Reliance Infratel," RCom said in a filing on the BSE after the deal fell through.

"The question now is: does RCom have a plan B in place?" says Shende, emphasising that apart from GTL, there is no other tower company that could buy RCom's assets.

GTL would have paid Rs 15,000 crore (Rs 150 billion) to RCom if the deal had gone through, enabling the latter to halve its debt. 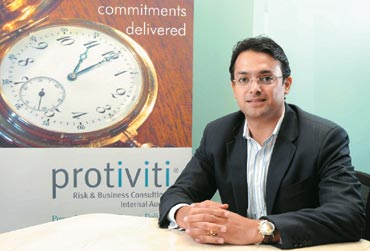 "It will be challenging for RCom to monetise its tower assets in the near to medium-term, as its options will be limited," says Rajiv Sharma, analyst at HSBC Securities and Capital Markets.

Typically, the options would include hiving off the tower business and selling it to a strategic investor (or a clutch of investors), going in for an IPO, or selling the towers to another tower company.

RCom has looked at all these options. The only time it managed to monetise a part of its tower assets was in 2007, when it raised Rs 1,400 crore (Rs 14 billion) by selling a 5% stake to seven investors, including George Soros, Fortress Capital, Galleon, and GLG Capital.

Hiving off and monetising of tower infrastructure is a trend that set in in India around 2006. Subsequently, Bharti Airtel offloaded some of its towers into Bharti Infratel and the rest to the Indus Towers joint venture.

Tata Teleservices merged its (over 13,000) towers with the Srei group-backed Quippo Telecom Infrastructure, while Aircel Cellular opted to sell its towers to GTL in January this year.

Even the Essar group, which had just 4,630 telecom towers, sold them to American Tower Corp earlier this year. The only operator that has not been able to cash in on the telecom infrastructure boom is RCom.

It hived off its towers into Reliance Infratel and filed a draft red herring prospectus for an initial public offering (IPO) in February 2008, but cancelled the plan in August following the economic downturn. 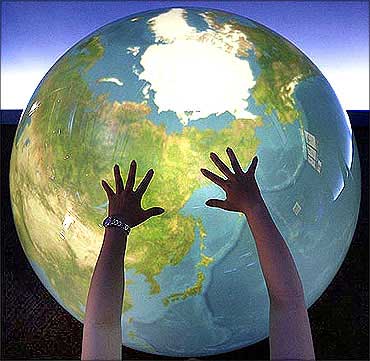 Sebi again approved an IPO in January this year, but thus far no public offer has been announced. And now, RCom has lost out on a deal that could have strengthened its balance sheet.

Sameer Naringrekar of BNP Paribas Corporate and Investment Banking believes that with the talks not having progressed, concerns about RCom's huge debt position have re-emerged.

Shende of Ascentius believes an IPO would not get good valuations for Reliance Infratel as its tenancy is not very high. The company says its tenancy ratio  -- the ratio of the number of operators to the total number of towers -- on 50,000 towers is 1.75, among the highest in the industry.

However, that is largely because it has mounted both its GSM and CDMA infrastructure on the towers. Third-party tenants are few and far between, indicating an absence of steady revenue streams.

While RCom has roped in new operator Etisalat DB as a tenant, the latter has not yet rolled out operations, making that tenancy almost negligible.

RCom suffered another blow a day after the GTL talks were called off. The UAE's Etisalat, which has been in discussions to buy a 26% stake in the company, said a deal was not in sight. "I don't see any deal in the near future," declared Jamal al-Jarwan, Etisalat's international chief, while not ruling out other investments in the Indian market.

RCom's operating and financial performance hasn't been able to match GSM incumbents like Airtel and Idea despite its GSM launch, says BNP's Naringrekar. RCom's ARPU (average revenue per user) fell 38% year-on-year to Rs 130 in the first quarter of FY11 while the figures for Airtel and Idea were Rs 215 and Rs 182, respectively. 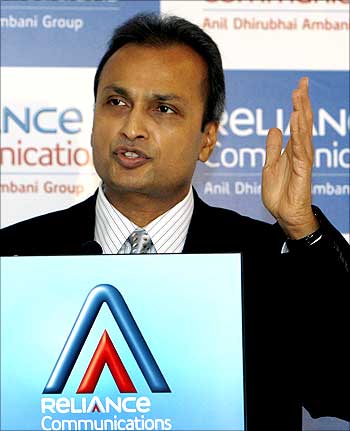 Its EBITDA margin was also down 797 basis points (bps) year-on-year versus Bharti and Idea's decline of 567 bps and 458 bps, respectively.

"RCom has a highly leveraged balance sheet and may need to raise funds to repay its $1.3 billion FCCBs due in FY12," says Naringrekar.

With alarming levels of debt and its core business under pressure, RCom may find the going tough in the hugely competitive Indian telecom market, which is poised for consolidation.

However, there is a ray of hope for the company. "Operators are preparing to roll out 3G and BWA operations and will need towers. If Mukesh Ambani's Infotel Broadband Services uses RCom's towers, tenancy will go up. That will boost valuations as well," points out Mritunjay Kapur, country MD, Protiviti Consulting.

Kapur believes that RCom may want to hold on to its assets to get a better deal at a later stage. Shende of Ascentius also does not rule out that possibility, for now. But that development is some time away as Infotel is in no hurry to launch services -- the company is looking at a rollout one to two years from now.

Until then, RCom may be better off hunting for an investor willing to pick up a stake either in the tower firm or its core business. 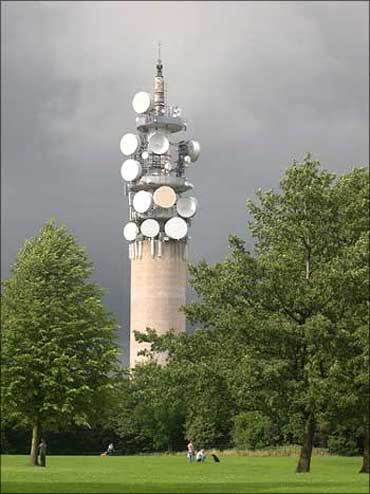 What is a telecom tower?

It is a structure designed to support antennae that carry telecommunication signals.

Typically, a site where towers are put up also has regular and back-up power arrangements as towers function on electricity.

How many types of towers are there?

What is a tenancy ratio?

Tenancy ratio refers to the number of tenants (operators) who have put up their antennae and other active infrastructure on the towers.

The more the number of tenants, the higher the rent and hence, the shorter the payback period for the telecom tower company.

How many towers does India have?

Which are the major tower companies in India?