The incredible rise of India Inc 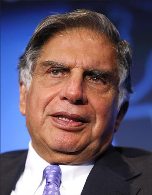 Our firms have changed. We can now be proud of our abilities, not just in India but elsewhere, writes Omkar Goswami.

A decade sometimes makes me lose my detailed memory. I remember most of the big things, but forget many seemingly less important events, .

As I strain to recall, the lesser things slowly start surfacing - not as overarching explanatory patterns, but as stories in themselves. And I find that the shorter stories give a more granular feel of the times than a grand, unified narrative of the first decade of this millennium.

Story number one: At the end of the 1990s, on a bus from Johannesburg to Pretoria with senior members of the Confederation of Indian Industry (CII).

The bitchy conversation at the back of the bus is about poor Ratan Tata and his floundering industrial behemoths. When would he be forced to sell Tisco to Lakshmi Mittal? And Telco to whoever offered the best price? I even remember a global consulting major showing Bombay House how to shrink the empire.

Instead, he sold the obvious side-show companies; cleaned the stable of powerful satraps; systematically increased the shareholding of Tata Sons in all the group companies that mattered; recruited top-class managers like Prasad Menon (Tata Chemicals and now Tata Power) and Ravi Kant (Tata Motors) to create strong businesses; gave space to lifers like Muthuraman and Krishna Kumar to grow the different companies; got TCS listed; cleared the boards of the ancient mariners of Bombay House; decided to create a conglomerate where at least 50 per cent of the revenue would come from global assets; acquired companies abroad, the biggest being Corus and Jaguar-Land Rover; introduced the Indigo and the Ace, and then produced India's most exciting technological wonder, the Nano.

The next story: Bharti Airtel. Late morning in February 2002, at the office of Hemendra Kothari, then the chairman of DSP Merrill Lynch. Two very nervous men are pacing up and down  the other being Sunil Bharti Mittal.

The Bharti Tele-ventures IPO has become a hair-raising, touch-and-go affair, what with a Bombay biggie doing its damndest to tank the issue. At the very end, institutional investors come out of the woodwork and the IPO gets oversubscribed. Today, Bharti Airtel is the number one mobile operator in India. It has over 120 million subscribers, operates across all 23 circles, and accounts for almost 25 per cent of India's mobile connections.

It is the third-largest mobile player in the world, bested only by China Mobile and China Unicom. For 2008-09, its PAT (profit after tax) was Rs 7,859 crore, and the PAT margin was 21 per cent.

Story number three: Crompton Greaves, where I have served on the board since 2003. In 2000, the company was bathed in red with a negative PAT of Rs 147 crore (Rs 1.47 billion), thanks to the history of being everywhere, doing everything, operating at expensive locations with excess managerial and shop floor staff, and not collecting huge receivables.

Enter Gautam Thapar as the promoter vice-chairman and Sudhir Trehan as the CEO. Three years of ruthless cost-cutting and continuous productivity increases raised its EBITDA to Rs 170 crore (Rs 1.7 billion) and PAT to Rs 28 crore (Rs 280 million) in 2003-04.

The productivity gains continued, but the gear shifted to seeking a good, affordable international acquisition. Two years later, Crompton Greaves bought Pauwels, an international transmission and distribution company with facilities in Belgium, Ireland, Canada, the US and Indonesia.

I could continue with many stories: the blitzkrieg of ICICI Bank under KV Kamath, whose market cap has risen almost 85 times from Rs 1,142 crore (Rs 11.42 billion) in December 1999 to Rs 96,674 crore (Rs 966.74 billion) in November 2009; or Axis Bank, which has grown at dizzying speed without compromising the quality of its balance sheet; or HDFC Bank, whose market cap has risen 24 times in the decade to almost Rs 76,000 crore (Rs 760 billion); or Mahindra and Mahindra, which decided to unleash a growth strategy, new product launches and new businesses; or the turnaround at Thermax; or the systematic growth of L&T, Bhel, ONGC, State Bank of India, Hindustan Zinc, Sterlite and Sesa Goa.

And many others. The list of winners is large. And, unlike what happened between 1990 and 2000, there are far fewer big-time losers. Which brings me to my first hypothesis:

The credit crunch imposed by Dr C Rangarajan during the second half of the 1990s separated the wheat from the chaff. Those who weathered the punches between 1996-97 and 1999-2000, and lived to tell the tale, have generally survived and grown healthily in the first decade of this century.

Second, corporate India is now globally confident. In my CII days during the late 1990s and early 2000s, I was deluged with members complaining about China swamping our industries and the need to impose anti-dumping and safeguard duties at the drop of a hat.

The bosses still bitch every now and then. But they are secure in their ability to compete globally, acquire international businesses and manage a global workforce. We no longer position ourselves as tiny tots on the big stage. We do as capable players. The government too has changed. Gone is the "wretched of the earth" approach of non-alignment and G-77. We now negotiate as a major nation.

Third, being globally confident has sometimes led to superciliousness. So, there have been hubris; often raised to a shrill pitch by television and the press. The good thing, though, is that there were wake-up calls: the monetary tightening from 2007; and the global financial crisis from September 2008. These forced our CEOs to cut out the twaddle, and focus on the basics.

Fourth, cash is king. This basic Marwari premise, epitomised by a great Narayana Murthy quote "Profits are opinions, cash in bank is fact", now prevails over much of corporate India.

Neither promoters, nor CEOs nor boards are impressed by just top line growth; it has to be accompanied by a healthy increase in EBIT, PAT, and cash and cash equivalents. This healthy approach to business is one of the best transformations of the decade.

Fifth, the decade has proven to the world the capability of Indian managerial talent - of people who are the vernacular medium types (VMT).

Gone are the upper class "people like us" (PLU); or even the "people like them" (PLT). Some of India's best entrepreneurs and managers are solid VMT. Their first language is Hindi, Telugu, Tamil, Gujarati, Marwari, Punjabi or Kannada.

They speak English but think in their language. And they think like seasoned business people, not woolly-headed English language public school types. Indeed, the most significant sociological development in India's managerial landscape is the rapid rise of the VMT.

For all these good things, we have had a huge national shame: Satyam. I'm still amazed that in a great, internationally listed company of over 55,000 employees, half a dozen guys led by Ramalinga Raju could quietly siphon away so much cash, with nobody being the wiser. That too had its silver lining. Never before in the history of corporate India was a sinking company rescued so quickly.

We are learning and growing. I, for one, anticipate an even more dynamic corporate sector in 2020. When I'm 64.