Lessons from the NTPC fiasco

There can be no forgetting the Margaret Thatcher principle of leaving something on the table for the small investor, writes Subir Roy.

The government has come in for severe criticism for the poor showing of the just-concluded NTPC public issue, which has effectively been bailed out by public financial institutions. 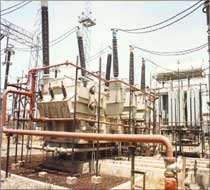 More seriously, the issue has been largely shunned by the retail investor in whose aid the whole exercise was supposed to have been conducted. It is axiomatic that when a government sells a bit of the family sliver, its blue chips, it should ideally be substantially taken up by the public at large.

However, the final outcome may not be as negative as it looks right now. This can be for two reasons. To note the lesser one first, the financial angle, NTPC will continue to do well.

The opportunity for an efficient power producer in India's current stage of development is virtually limitless. Its share price will get out of the present trough in time and resume its steady upward journey in keeping with its earnings.

Then the public financial institutions will be able to make a pile, maybe even by downloading their holdings to the same institutions which had initially shunned the offer.

As an issue like this is not really about money (the loss or gain to the public institutions or what the government makes by way of revenue support) but laying the foundations of wide ownership and market stability, the final tally on it may look quite different from current reckoning if the right lessons are learnt in the process.

For what the issue has done is focused discussion again on what is really wrong with the Indian equity market. If some of those ailments can be rectified as a result of the renewed focus, then the exercise will have been worth its while.

In the Indian market, small investors take the cue from large investors and the latter from foreign institutions. This is one of the root causes of its volatility. The other is the presence of speculators, large and small, who operate with a time horizon stretching from day trade to a couple of months, who also take their cue from foreign markets and institutions. Hence, the Indian market systematically tracks the global markets but ends up being more volatile than the leading global ones.

On most days, the percentage change in the Sensex will be larger than that in, say, the Dow, although both will be moving in the same direction. If for some reason, maybe because you are out on a jungle safari where wireless signals do not reach, you have not seen which way the Sensex has moved during the week, no need to worry.

Find out later whether the foreign institutional investors have been net buyers or sellers, and as a confirmatory test, whether the national reserves have gone up or down. These will offer as good a proxy for the market as any other.

All this finds reflection in an overall irony. The Indian economy has been far less volatile than that of the developed countries in the last couple of years, but the Indian market has been more volatile.

So, market reform has to tackle the excessive volatility. If that is done, the small investor will join the equity cult and future public sector offerings will not go the NTPC way.

So, what needs doing? The first line of action has to do with the small investor who has to be offered an attractive discount to the current market price.

There can be no forgetting the Margaret Thatcher principle of leaving something on the table for the small investor. Once she has been thus looked after, she will not let the country down.

The second line of action has to aim at curbing the volatile movement of foreign funds. Now that the Indian economy is again on a high growth path and the market is a step ahead of it (give or take the occasional trough), the search can begin to time the end of issuing participatory notes which are a source of volatility. Also, an armoury of more direct action to curb volatile flows can be kept ready for use in case of an extreme scenario emerging.

The third line of action has to be to increase the space and opportunity for Indian institutions. The insurance sector is already a significant investor in equities. Maybe a small portion of the funds under the management of the new pension scheme can be allowed to be invested in equities.

Plus, in a long-term sense, efforts to improve accounting standards so as to have greater disclosure which provides the wherewithal for better research, has to continue.

Volatility cannot and should not be entirely wished away. What has to be severely countered is the impact of speculation. Particularly, the tail (local speculator acting on global cues) should not be permitted to wag the dog (the market at large).

TCS, Dow Chemicals alliance to create jobs in US