India, a case of bad governance

Our civil administration is organised in a way that is not performance-based, says Pranab Bardhan. 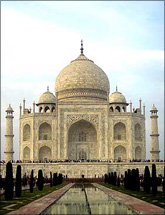 In an earlier piece, I discussed the ways in which Indian corruption is more anarchic and dysfunctional than that in East Asia. In this article, I shall speculate on the more general question: Why, in many respects, our over-all governance is so much worse than in many other developing countries.

Our governance structures are quite dismal in our enforcement of law and order, in our economic regulatory framework, in civil administration (particularly at the urban municipal and rural panchayat level), and even in the private sector at the factory shopfloor level.

This is behind our weak implementation of well-intentioned laws, our infrastructural deficit, our relatively low productivity in manufacturing and the poor transmission of the benefits of high economic growth to the majority of people.

But nowhere is our governance as atrocious as in the case of delivery of basic social services (public health and sanitation, rudimentary healthcare, primary, secondary education, etc.).

I have often wondered why some of our basic health indicators are so much worse than those in poorer countries like Bangladesh or several countries in sub-Saharan Africa. (Just to give an example, the incidence of underweight children in Gujarat, one of our most economically advanced states, is substantially worse than the average for sub-Saharan Africa).

Of course, our civil administration is organised in a way that is not performance-based. It is more seniority-based and the rewards for innovative performance are weak, and often not worth the political risks of rocking the boat.

In particular, there are very few punishments for ineptitude or non-performance. Incentives are thus misaligned.

Doctors' salaries, for example, are often not linked to the number of patients they examine and, in general, incentives for service providers are not linked to the quality (or quantity) of service actually provided.  At the local level of villages and small towns, governance problems are compounded by the ease of collusion of vested interests, brain drain of local administrative talent following the usual tendencies towards agglomeration in big cities, and weak structures of political accountability.

Even when local elections are regular, they are fought on a multiplicity of generic (often statewide) issues, in which local social services rarely play a prominent role.

In general our high hopes, following upon a couple of landmark constitutional amendments, about decentralising an administrative system that has remained over-centralised over centuries have not yet materialised, except in a few regions.

Even in some otherwise better-governed states, state-level politicians have succeeded in packing and neutering local bodies, and accountability through gram sabhas (where attendance quorum is often difficult to attain) is largely a misnomer.

Yet without effective devolution of real power to the local level and social audits, delivery mechanisms of social services and anti-poverty programmes will remain weak and insensitive to local needs.

Our governance structures are also hemmed in by our sociology and culture. In 19th-century Europe (as in Mao's China) the state took a leading initiative in spreading mass education and health services. In contrast, our elite is relatively callous about these basic needs of the poor; this may be a reflection of traditional elite disdain for the lower classes and castes.

But even when the latter come to power, the issue of basic social services gets low priority in comparison with larger symbolic issues of dignity politics (particularly in North India). A perceived slight in the speech of a higher-caste political leader resented by a lower-caste one will usually cause much more of an uproar than if the same leader's policy neglect keeps hundreds of thousands of children severely malnourished in the same lower caste.

The issue of job reservation for backward castes catches the public imagination more fervently than that of child mortality or school dropouts that afflict the majority in those communities. Thus the demand from below for those basic social services is as inarticulate as their supply from above is deficient.

Our mass associational life is based more on passions than on interests. This is reflected in the usual patterns of political demand articulation.

In very recent years, there are some faint signs that good governance is being rewarded by the electorate in some areas. Collective action in demanding and ensuring good governance is, however, particularly tricky in India on account of the extreme heterogeneity of social and economic interests involved, which always makes unified movement on goal formulation, agenda setting and policy pressure difficult to achieve for diverse groups, who in anticipation of this difficulty often opt for populist handouts and clientelistic arrangements instead.

As a society we are much more diverse than, say, Japan or China, and coordination on most issues is more difficult here than in those countries. Sociologists have pointed out that extreme social heterogeneity in India is also a major cause of hierarchical industrial relations with attendant mutual distrust and labour supervision problems, and relatively low labour productivity in Indian factories.

Clientelistic and clan-based arrangements also erode the basis of respect for impersonal laws. Governance at all levels is bound to be weak when social actors have a rather relaxed attitude to law-breaking as in India (as any driver on Indian roads and any observer of the regular carnage there can attest).

There is a pervasive 'culture of impunity', and whom you know is often more important than what the law is. There is, of course, a ramshackle but still vibrant legal system that can in the long run curb undue excesses, but the normal social mode is one of putting persons and group loyalties above law and governance procedures. The fault thus lies in us as much as in those who govern us.