America's growth in the decade ahead

Next decade's annual growth is likely to be about 2 per cent, roughly same as the last 10-year average, says Martin Feldstein. 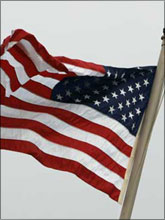 Although the strength of the US economy in 2010 remains uncertain, it is important to look ahead to its likely performance in the coming decade. The rise of GDP over the next 10 years will reflect the very positive effect of the eventual recovery from the current deep downturn, combined with a below-trend rise in the economy's potential output at full employment.

When I add up all the key components, I conclude that the coming decade's annual growth is likely to be about 1.9 per cent, roughly the same as the average rate over the past 10 years.

To understand why, let's start with the cyclical recovery. I'll make the optimistic but plausible assumption that the economy will fully recover over the next decade, lowering the unemployment rate from the current 10 per cent to about 5 per cent.

That return to full employment will also reduce the number of people who, discouraged that no jobs exist for those with their skills, have stopped looking for work (and are, therefore, not counted as unemployed).

The full rise in GDP will combine the 1.2 per cent-per-year cyclical rebound with the increase in potential full-employment GDP. The growth of potential GDP will reflect the structural rise of the labour force, the increase in the capital stock, and the improvement in multi-factor productivity (i.e., the change in the output that results from improvements in technology rather than from increases in labour and capital).

Although there are uncertainties about each of these components of growth, their performance in the coming years is unlikely to be as good as it was in recent decades.

Slower population growth and a demography-driven decline in the labour-force participation rate will reduce employment growth. Indeed, the US Department of Labor recently predicted that the labour force will grow by only 8 per cent between 2008 and 2018, down from 12 per cent in the previous 10 years.

That growth of the labour force will raise potential GDP by only about 0.5 per cent per year.

Although the capital stock will benefit from a higher household saving rate, the increase will be offset by more government 'dissaving' as budget deficits remain high. A reluctance of foreign investors to keep accumulating dollar assets will cause a smaller capital inflow from the rest of the world.

Finally, the change in potential GDP will depend on what happens to the rate of change of multi-factor productivity.

Assuming slower growth in the labour force than in the past decade, no rise in productivity due to capital accumulation, and a decline in multi-factor productivity growth to its pre-2000 average implies that annual potential GDP growth will be only 1.4 per cent.

Combining these conservative assumptions about potential GDP with the effect of the cyclical rebound -- an estimated 1.2 per cent annual rise in real GDP -- would produce real GDP growth at an average annual rate of 2.6 per cent, which would be significantly higher than the 1.9 per cent rate in the decade ending in 2009.

But not all of the extra output produced over the next decade will remain in the US. If the trade deficit is reduced by 3 per cent of GDP between now and the end of the decade, the implied rise in exports and decline in imports would reduce output available for US consumption and investment by about 0.3 per cent per year.

These two international effects would leave annual net growth of real goods and services available for US consumption and investment -- both domestically produced and imported -- at just 1.9 per cent, implying no change compared to the past decade.

During those years, the rise in the volume of net imports just balanced the effect of the dollar's fall on the total cost of imports. As a result, the rise in the real value of goods and services available for US consumption and investment was the same as the rise of real GDP.

There are, of course, serious downside risks to this forecast, especially if the fiscal deficit remains high or adverse tax policies depress the rise in productivity. The government should take the weak 10-year projection as a warning and a reason to devote policies to reducing fiscal deficits and strengthening incentives for growth.

The author is a Professor of Economics at Harvard, was Chairman of President Ronald Reagan's Council of Economic Advisors and President of the National Bureau for Economic Research. (C ) Project Syndicate, 2010.www.project-syndicate.org