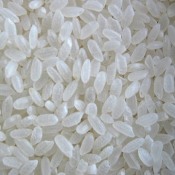 No one will deny that the least a democratic government can do for its people in a civilised society is to ensure access to food at a reasonable price. Ensuring food security is, therefore, a fundamental responsibility of the state.

However, it is not clear if enacting a Food Security Bill is the best way to go about it. India has become a democracy of laws. On paper, every citizen is assured of every possible right.

In practice, the state is able to deliver on very few. Hence, the current obsession of the newly reconstituted National Advisory Council (NAC) may be nothing more than an act of self-congratulation.

The real challenge before the government is to improve the institutions that are charged with the responsibility of delivering food to the consumer through the existing public distribution system (PDS).

The NAC is reportedly considering changes in the provisions of the draft Food Security Bill. It would use its time better if it can show how the PDS can be made more efficient.

Interestingly, a proposal for cash transfer of food subsidy, instead of supplying the foodgrain through the PDS, is also on the agenda for consideration by the NAC. This proposal may have more traction given the limitations of the PDS.

The idea of expanding the PDS to ensure universal access and cover more food items, such as pulses and edible oils, may be desirable, but unfeasible for several reasons.

The biggest problem is that of fake ration cards - over eight crore (80 million) of them! This is much more than the estimated number of poor households of over six crore (60 million).

Yet, a large count of the deserving poor has been left out of this network. If the same model of the PDS (read the food delivery system) is expanded in terms of its sway as well as basket of supply items, that will only make it worse.

This apart, the quantity of foodgrain needed for running such a universal PDS will be difficult, if not impossible, to secure. The present level of annual grain procurement of around 50 million tonnes (rice and wheat together) may not suffice even to supply 15 kg of grains per household through a universalised PDS.

Supplying 25 kg or 35 kg of grains per household, as is being considered now, will be impossible without imports-something that will erode, rather than enhance, the country's overall food security. If, as suggested by some at the NAC meeting, the implementation of the right-to-food law is confined to select districts to begin with, as was done in the case of the right-to-employment law, that would amount to needless discrimination against the poor living in the areas left out of the jurisdiction of the new Act.

If the object of the food security Bill is to ensure access to food for all, especially the poor, an improved and better targeted PDS should do the trick. A suggestion was reportedly made at the NAC meeting that coarse grains, such as ragi, bajra, maize and the like, be sold through the PDS to make the system self-selecting as such cereals are no longer consumed by the better-off households.

However, even this is a theoretical, not a practical, solution. The total output of coarse cereals has seldom exceeded 40 million tonnes and these grains, barring maize, cannot be imported to augment supplies. In view of such problems in operating a grain-based system for ensuring food security, other options like food stamps and cash transfer of food assistance may be worth considering.

India could be behind Lahore shrine bombing: Saeed