Stock markets? Nah! How about rum instead?

Dilip D'Souza is totally baffled by the strange and unfathomable manner in which stock markets behave. 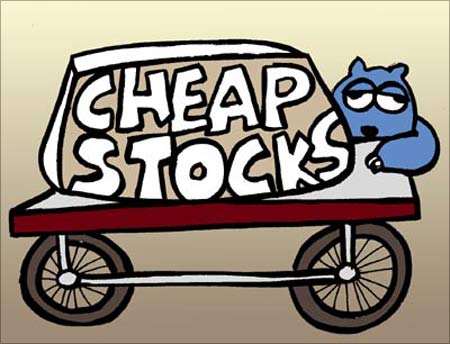 Confession: I'm no stock market follower. I stifle great yawns whenever I see a TV tuned to one of those channels that cover the market 30/7. You know -- talking head in one corner, squiggly graph in another, plenty of numbers and codes flashing past.

And not least, those two strips that go right to left across the bottom of the screen, but, get this, at different speeds. Like the wipers on pretentious cars that cost way too much. (Raindrops need to be wiped away asynchronously, didn't you know).

Invariably, you'll find a couple of viewers, mostly male, watching the screen as if a bikini parade were on.

"EXCUSE ME, MR STOCK MARKET TV PROGRAM WATCHER," I want to shout when I find these humanoids following those strips across the screen as more normal humanoids might follow a tennis match.

"Yes, excuse me please, but what is it with those different speeds?" All right, my mother reads faster than me. Much faster. So are these strips meant for a pair like her and me?

So the financial channels assume, then, that these programmes are watched by speed-reading moms sitting beside slow-witted sons? Not the most accurate assumption, judging by the pot-bellied sorts I've seen glued to these shows: no mothers with them. Hell, I'm not sure they ever had mothers.

Also, what's with those graphs? Are there really people who yearn for a minute-by-minute record of share prices? Maybe that's what the talking head is really explaining: "OK, I see by the doodles on this graph below my chin that at 11:32, Armpit Construction shares fell below Rs 44.79 for the first time ever. However, at 11:34 they recovered strongly, posting a ten-and-a-half paise gain by 11:41 -- But wait: this graph is upside-down!"

And have you ever looked at a record of share transactions? I bought 100 Armpit shares some weeks ago, and in the mail soon after was a very nice statement confirming the purchase. It had numbers and codes and a chicken-scratch signature, of which the signature was by far the most easily deciphered.

The statement took me, blow by hammer-blow, minute by excruciating minute, through every twist and turn of what I thought -- silly me -- was a simple, straightforward purchase.

Weird, isn't it? I mean, when I ask at the nearest liquor store for 100 bottles of rum, does the guy hand them over 30 at a time? Does he change the price with each batch? Not a chance.

He just looks strangely at me and takes several careful steps backwards, muttering urgently into his phone as he goes. Still, you get my point. Rum isn't sold this way. Nor are, say, pineapples, or say again, toilet bowls. (You don't want to know what happened when I asked for 100 toilet bowls. At the liquor store, no less.) Why shares, then?

Besides, as soon as I buy shares, their price promptly plummets to a tiny fraction of what I paid and stubbornly stays there. Every time.

I believe there's a goblin in the Bombay Stock Exchange who sends out an alert every time someone like me buys shares: "Dopey investor done with paying way too much for Armpit shares! Ha ha! Reset price to near zero for sensible investors!"

As I made to sell, the price made like a stone and dropped to Rs 4.05. Naturally. Must have been cosmic justice delivered for mixing metaphors.

Anyway, my problem really is that stocks and shares mean something else altogether to me. I'm the kind of guy who piles up stocks of things and shares them. Rum, for example: I generously allow my guests to take as many sniffs of the stuff as they want, no problem.

So, me, I don't need to stare at a TV screen on which numbers scud past at varying speeds, all too fast to read especially when my mother is absent.

What I do need is plenty of money. Send some. Rum gets expensive. And can we please switch to the bikini channel?

Bush named among worst ever US Presidents

Battle of the bourses: Will BSE rebound?