Japan: Land of the setting sun?

More than a decade's economic stagnation had virtually paralysed Japan. While remaining the world's second-largest economy, it watched China's rise with part anxiety and part greed. 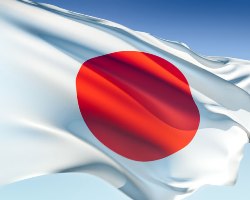 When Yukio Hatoyama of the Democratic Party of Japan swept the polls last year, political analysts dubbed his victory a 'regime change'.

Japan and the world heaved a sigh of relief in the hope that this fundamental shift in Japan's political equilibrium would begin the process of Japan's economic recovery.

More than a decade's economic stagnation had virtually paralysed Japan. While remaining the world's second-largest economy, it watched China's rise with part anxiety and part greed.

In hoping to revive its own economic fortunes by trading and investing in China, Japan, in fact, contributed to China's rise and its own growing marginalisation in Asia.

When Japan floated the idea of an East Asian Economic Group in the early 1990s, it was pooh-poohed and scotched.

But when China revived the idea of an Asean+3 east Asian community, Japan tamely went along. When Japan first mooted the idea of an Asian Monetary Fund, it was rubbished by the US and China. Now China is promoting the idea and Japan is a bystander.

Barely a decade after Shintaro Ishihara wrote the famous book The Japan That Can Say No, drawing attention to Japan's growing confidence in dealing with the West, the victors of the Second World War, it looked like Japan had gone back to saying yes, this time to China, a country that Japan had once colonised.

It was against this background that the Hatoyama regime change happened. It kindled the hope in Japan and among its friends that Japan would once again rise and re-assert itself in global and Asian affairs.

However, barely eight months later, Mr Hatoyama has had to quit, embarrassed by his inability to deliver on the high hopes he had generated, and the consequent decline in his popularity.

The DPJ government's finance minister, Naoto Kan, is set to take over as the new prime minister. The dramatic political developments of the past few weeks once again expose the weak underbelly of Japan's power.

Has the 'Land of the rising sun' become the 'land of a setting sun'? Nobody should write Japan off so easily. It is still the world's second-largest economy.

While China may grab that position sooner than later, Japan still invests more in R&D and new technology development than China.

Japan has been home to wide-ranging innovation, especially in energy and nano-technology.

However, Japan does require economic stimulation and political stability. Above all, Japan has to regain its self-confidence and reclaim its position as one of the most enterprising nations of our times.

Japan: New leader Hatoyama gets down to business