News
Business
Movies
Sports
Cricket
Get Ahead
Money Tips
Shopping
Sign in  |  Create a Rediffmail account
Rediff.com  » Business » Capitalism that we can be proud of

Rajni Bakshi on why some kind of transformation in the culture of capitalism is inevitable. 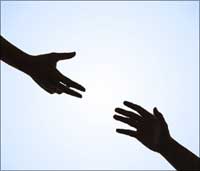 Some capitalists protest that the robust reliability of the profit motive should not be mixed up with mumbo-jumbo about a higher consciousness and social conscience. At the other end of the spectrum defenders of working class interests may denounce this as an attempt to dress up a wolf in sheep's clothing.

Both combatants were missing at deliberations, last week, in Mumbai. What the Boston-based Conscious Capitalism Institute (CCI) and the Confederation of Indian Industry (CII) brought together was a celebration of those who are committed to Conscious Capitalism as 'a new management paradigm for a new world'.

"We are united by our concern for the human element in business" said Shubhro Sen, a co-founder of the CCI. "We want to uphold a kind of capitalism that we can be proud of."

J J Irani, senior director of Tata Sons, elaborated on what that might mean: "Corporate enterprises must be managed in the interests of not only owners but employees, consumers, suppliers, local communities as well as in the interest of their government and the country as a whole."

However, across the world, people see a widening gap between this aspiration and reality. Raj Sisodia, chairman of CCI, quoted surveys which show that about 98% of people in the United States currently do not trust CEOs.

Old mental models won't change this situation and it is time to recognise that a purely self-interested company is a lower life form, argues Sisodia. This view is validated by the fact that several companies, that were once celebrated as great money-making machines, have gone bankrupt.

Wall Street's meltdown in 2008 has further strengthened the conviction that business as usual cannot continue. This has energised those who hope that some kind of transformation in the culture of capitalism is inevitable.

But can Conscious Capitalism serve as a compass for navigating between, what the Union Minister for Human Resource Development Kapil Sibal called, 'a collapsing past and an uncertain future'? Inaugurating the meeting in Mumbai, Sibal wondered aloud if the crisis of capitalism can be addressed by reengineering it?

Naturally, there are no clear answers to this question. But in forums like the one created by CCI and CII on March 9 and 10, there is unanimous agreement on the need for new values and a paradigm of success that is much more multi-dimensional, rather than being money-obsessed.

For some, Conscious Capitalism is not really new. According to J J Irani, this has always been the basis for Tata companies. Thus the internal performance measurement for Tata companies looks at many dimensions across the organisation.

Yes, the Tata Group includes companies where the focus is just 'money, money, money' said Kishore Chaukar, managing director of Tata Industries. But efforts are made to encourage those companies to perform well both financially and socially.

That's not easy. The orthodox view -- that a company which makes worthwhile products, providing customers value for money, has made enough of a social contribution -- is well and alive. By comparison the view that businesses must have an all round engagement with society is relatively new.

Pressure for change is growing because many companies are finding that projects suffer when you don't take local communities into account. The old way of launching a project by bringing together capital, land, machinery, infrastructure, et cetera won't work any more, said Irani. "We can show that supporting community in the long term strengthens the company. In Tatas, this is seen as investment," he said.

Why then have several Tata projects, most famously the doomed Nano plant at Singur, faced stiff local opposition? Such questions got virtually no space at India's first ever Conscious Capitalism summit. But proponents of the concept believe that such platforms can gradually create a safe space for critical self-reflection and soul searching about the gaps between intention and action.

Much of the substance behind Conscious Capitalism comes from works like Sisodia's book Firms of Endearment which brought together case studies of companies that are redefining what is a truly great business.

Most companies chronicled by Sisodia aim to simultaneously generate financial, intellectual, social, emotional and environmental wealth. Plus they aim to ensure that benefits are equitably distributed on a sustained basis.

For example, the US organic food giant Whole Foods is based on a 'declaration of interdependence'. It gives 93% of stock options to non-executive employees.

By contrast most companies give about 75% of stock options to just the top 5 executives. This in turn creates an incentive for those executives to opt for short-term performance boosts even if that is detrimental to the company in the long run.

At Whole Foods, the highest salary cannot be more than 19 times that of the lowest level employee.

In India, Harsh Mariwala, chairman of Marico, has aligned the company with the belief that "the business of business is more than business". One part of this shift involved reengineering relationships with employees and suppliers, to directly serve their well being as human beings, not just as cogs in a wheel.

In addition, the company has set up the Marico Innovation Foundation.

At the State Bank of India, a process of change emerged from chairman O P Bhatt's conviction that the power of institutions and the people who run them has grown disproportionately.

After an intensive period of soul searching and seeking advice -- from diverse sources, including spiritual gurus -- SBI launched an exercise called Parivartan.

This is a process which aims to give the staff a sense of their worth as action-movers. Earlier they just did what they were told to do.

The 'Citizen SBI' programme, a consequence of the Parivartan exercise, creates spaces for staff members to explore who they are, not what their role is. This can enable staff members to heal the disconnect between function and inner being, between narrow self-interest and enlightened wider self-interest.

Speaking at the Conscious Capitalism gathering Bhatt described the joyous response to these programmes among staff of SBI. "It's the first time that the company has done something that is not just about business."

In turn, this has enabled SBI to reach an additional 100,000 villages that were otherwise lacking banking facilities.

Professors from several business schools spoke about how they are grappling with the pervasive feeling that business as usual just won't do. "Business school as usual doesn't work anymore" said Debashis Chatterjee, director of the Indian Institute of Management, Kozhikode.

Nirmal Sethia, who teaches business at the California State University, attended the gathering in Mumbai because he is trying to understand the new discourse and figure out just how the game is changing.

Sethia's view is that business is facing three crises: environmental collapse, extreme consumption and corruption. Of the three, so far, only the first one is widely acknowledged.

None of these crises can be addressed without accepting that we need to look at systemic solutions. This is why Gandhi remains so relevant, said Sethia, because Gandhi draws our attention to fundamental questions: What is a good life? What is a good society?

Beneath the surface, proponents of Conscious Capitalism seem to know that such questions cannot be explored by just tweaking the management systems of capitalism. "The challenge lies in taking it from a touchy feely concept to a data validated empirical argument that changes business pedigree," said Shubhro Sen.

This endeavour must contend with a steep and slippery slope. As some voices at the Mumbai gathering cautioned -- there is no escape from examining the legitimacy of capitalism.

"The crisis of capitalism that has given birth to a Conscious Capitalism movement suggests that, to a comparatively large number of people, this legitimacy is not quite so self-evident," said Chittaranjan Kaul, formerly a senior executive at Bank of America who now works as mentor and coach.

Perhaps, added Kaul, future conclaves need to bring together implacable viewpoints -- as well as those willing to mediate a more nuanced view.

So those missing combatants may well have a role to play in the onward journey of diverse attempts to marry higher consciousness with successful business.