If spending years, even decades, on getting court verdicts is not bad enough, the government just added a brand-new dimension to the travails of companies trying to do business in the country. 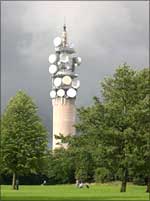 Depending on whether you want to be charitable to the government, you could call it arm-twisting - blackmail, however, is a more honest way of describing it. While most lacked the courage to take on the government after it played favourites in the award of telecom licences in 2008, STel (a joint venture between the Sivasankaran group and Bahrain Telecom) went to the Delhi high court arguing it had been hurt by the arbitrary cut-off dates announced by the telecom ministry under A Raja.

The company had applied for licences for 16 telecom circles on September 28, 2007, well before the last date of application (October 1, 2007); on January 10, 2008, however, the telecom ministry said only those firms that had applied before September 25, 2007, would be considered.

The Delhi high court quashed the January 10, 2008 circular and said the government had to consider STel's application - by the same token, the government would have to consider the applications of all the 46 companies that had applied for the licences instead of just the nine that Raja had favoured by his arbitrary cut-off.

Since this put the government in a huge spot, it challenged the decision before a division bench of the same court, but that too ruled in favour of STel. The government then went to appeal in the Supreme Court.

A few days before the case was to be heard, however, the government told STel to stop operations (it had licences in a few states like Himachal Pradesh, Bihar and Orissa) on security grounds.

While this means STel and other companies that were aggrieved by the blatant favouritism shown by the government can now go and demand they also get mobile phone licences and spectrum (which the government doesn't have), the matter cannot be allowed to rest here.

For one, given how the government behaved with STel, it is unlikely that firm, or anyone else, will have the guts to ask the government to give them their due. This is where the prime minister has to draw the line and ensure that the telecom ministry does not resort to such dubious tactics.

There appears to be a rising incidence of whimsicality and arbitrariness in government actions with respect to the corporate sector in India. Some ministers seem to think that being "pro-business", and that too selectively so, amounts to being "pro-reform".

Economic reform entails reducing the space for arbitrary decision-making and ensuring transparency in policy. Playing favourites is what the licence-permit raj was all about. Some Rajas just wont give up!

Now, a Bihar MP does a Mayawati!