The nation pays for pampered Delhi

Given the financial support and the makeover that Delhi is getting for the Commonwealth Games, Delhiites should not crib about some hike in tax, says T N Ninan. 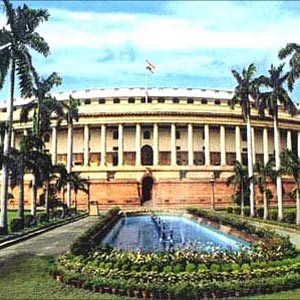 Suddenly, Delhi's residents have woken up to the cost of the Commonwealth Games.

The state government has raised taxes, or slashed subsidies, on everything from cooking gas to diesel, and from mobile phones to clothes, to raise Rs 850 crore (Rs 8.50 bilion), about Rs 2,000 per family over the year.

That has many people mightily upset, and anti-Games, all of a sudden. As it happens, the state had asked the Centre for Rs 2,000 crore (Rs 20 billion), or thereabouts, for investing in Games-related infrastructure, but got only half the sum from Pranab Mukherjee's Budget.

If the Centre had given nothing (and it could be argued that Bihar deserved the money more), then the increase in Delhi taxes would have been twice as much. As ever, the city is pampered, but does not recognise it.

So, what does it cost to host the Games? The initial figure was Rs 767 crore (Rs 7.67 billion), as mentioned when the city bid for the Games five or six years ago. That number more than doubled by last year, to Rs 1,620 crore (Rs 16.20 billion), and recent reports suggest that it has climbed again.

Against this, the state chief minister says the cost of hosting the Games is Rs 15,000 crore (Rs 150 billion) -- which includes the cost of the investment in the city's infrastructure, like the new low-floor buses, metro lines, flyovers, brighter streetlights, better street furniture, redone kerbsides, and so on -- all of which makes at least the showcase part of the Capital such a contrast to every other city in the country.

Why, the promise is that the city will even be power-surplus in six months!

Even at Rs 15,000 crore, the outlay seems modest when South Africa is spending $6 billion (Rs 27,000 crore 0r Rs 270 billion) to host this summer's World Cup football. The difference is that the World Cup involves more than one city, and lasts longer than a fortnight, while the Games involve many more participants.

Comparisons being difficult, the operative question (as with the Asian Games in 1982) is: Should one count the expenditure on the city's additional metro lines or buses (some of them air-conditioned) as part of the cost of the Games? After all, the outlay on Delhi's public transport next year will be Rs 4,224 crore (Rs 42.24 billion), which is certainly not normal.

The issue here is whether Delhi residents are picking up the tab, or the rest of the country. A city's residents are entitled to spend on themselves out of their own revenue.

But if the money is coming from the Centre as a gift, money that could have gone to more needy states, then questions can and should be asked. It is worth noting that Delhi got Rs 2,496 crore (Rs 24.96 billion) from the Centre for its current year's budget, three times the figure for the year before. So, it does seem that the rest of the country is paying in some way.

The other difference is that an unusually high 43 per cent of the Delhi budget goes into Plan expenditure (new schools, new hospitals, a new ambulance fleet). Indeed, while West Bengal's total budget is three times bigger than Delhi's (for nearly five times the population), its Plan outlay is only 50 per cent bigger.

Seen in context, the additional Rs 850 crore that Delhi residents are being asked to pay is small beer.

Given the makeover that the Capital city is getting, and the financial support that the Centre is providing, Delhiites should keep quiet and count their blessings.