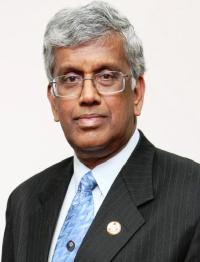 After 12 long years of advocating the interests of GSM operators in the country, T V Ramachandran has decided to step down from his role as director-general of the Cellular Operators' Association of India, putting an end to an eventful journey which saw him fighting legal battles (winning some, losing some), opposing preferential treatment to some players and raising demand for spectrum.

In an interview with Rajesh S Kurup, Ramachandran iterates his wish that the differences in technologies would blur. His hope: This would result in a change in the name of COAI to Convergent Operators' Association of India. Excerpts:

Your exit comes at a time when GSM operators need your services the most. . .

There are always going to be developments and challenges as the sector continues to evolve. MNP (mobile number portability) and auction of 3G spectrum, among others, are all steps in the right direction and I think that the industry is now well-equipped to engage with the government on such developments.

Also, whilst individuals may come and go, COAI will continue to grow and flourish as an institution. In any event, I am not going very far away. I will continue to be involved with this sector, as also the COAI's activities, albeit from the other side of the fence.

A lot of issues need to be ironed out to create a level-playing field for GSM players. . .

There are many issues that are yet to be sorted out and it is difficult to deal with all of them. But, as a point of principle, I can say that National Telecom Policy '99 (NTP-99) talks about equal opportunity and a level playing field in the same breath.

I believe that if each player is transparently given an equal opportunity, a level playing field will be achieved.

You have stated earlier that the 3G spectrum price is on the higher side. How will it impact the industry?

I honestly believe that the 3G reserve price is on the higher side and may not fully allow for the free play of market forces to determine the true value of the spectrum.

But, at the end of the day, the price is only a reserve price.

The industry has, hopefully, matured enough to bid responsibly. But my real concern is about the very high and inequitable annual spectrum usage charges, which are detrimental to all 2G players, whether new or old.

The business case for 3G today is, at best, a marginal one and effective usage charges of as much as 20 per cent of the 3G revenues could do irreparable harm to the sector. The DoT's (Department of Telecommunications) high level committee has recommended a flat uniform spectrum usage charge in the auction of spectrum. I do hope that this recommendation is accepted.

You have also expressed your wishes to see COAI becoming the Convergent Operators' Association of India. Would this end the rivalry between CDMA and GSM operators?

As the sector moves towards convergence, it makes little sense for industry associations to be distinct and separate. Till now, COAI has not only been espousing the cause of the cellular mobile industry, but has also ventured into a number of initiatives for the overall health and growth of the telecom sector.

All these initiatives have nothing to do with the underlying technology used to offer mobile services. Further, as the sector evolves, I believe that even the little points of dissonance will disappear. I truly believe that COAI is well placed to take on the mantle of the Convergent Operators Association of India.

The two new GSM operators -- Tata Teleservices and Reliance Communications -- are distancing themselves from COAI. . .

COAI espouses the cause of the cellular mobile industry as a whole. Both TTSL and Reliance are valued members of COAI. In fact, Reliance Telecom has been a member of COAI since day one.

When do you expect to cross the 500-million subscriber mark?

COAI is very bullish on the prospects of growth in the market. My guess is that we will cross 500 million mobiles this calendar year itself and, in fact, touch 1 billion by 2013, if not earlier.

You had alleged that CDMA operators got preferential treatment from the telecom ministry, like allocation of higher efficiency spectrum, silent approvals for launching services that were legally untenable (like EVDO -- Evolution Data Optimised), making of crossover spectrum legal. How have these impacted the growth of GSM subscribers in the country?

I think that is a very sweeping statement to make and that is definitely not my view. COAI has often voiced its concerns on certain policies and actions of the government and regulator, among others, when we believed that the actions are not in the interests of free and fair competition, a level playing field, etc. And I must also tell you that, almost always, our stand has been vindicated.

For example, our opposition to WLL(M) was justified when the government amended NTP-99 and allowed fixed operators to migrate to UAS (unified access service) licenses to offer mobility and also heavily penalised one operator for offering full cellular mobility in the garb of WLL(M).

Why India needs a broadband stimulus