No report of job loss to Indians in Dubai: Minister 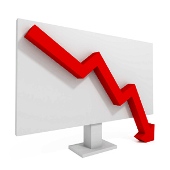 No job loss among Indians employed in Dubai has been reported so far following the multi-billion-dollar debt crisis in the Gulf city state, government informed Rajya Sabha on Thursday.

'No' was the emphatic answer of overseas Indian affairs minister Vayalar Ravi to a question whether a considerable number of Indians working in Dubai were recently dismissed from their jobs following the debt debacle which mostly affected the real estate sector.

Ravi said there was no apprehension of any significant sudden job loss for the Indian workers employed there.

The United Arab Emirates, of which Dubai is one of the seven emirates, has nearly two million Indian population and is the country's largest export destination with shipments of about $24 billion in fiscal 2008-09.

As per estimates, nearly 65 per cent Indians residing in the country are blue-collar workers.

Dubai-bashers on a feeding frenzy