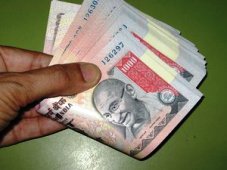 Shareholders are outraged over the excessive CEO compensation because they see it as expropriation of their wealth. Others see it from the point of view of inequality and consider it as a socially unacceptable behaviour of companies.

Many consider it a bad business decision because disproportionately high pay of CEO and a few others in the organisation has dysfunctional effect on the morale of employees. In spite of such criticisms and governmental efforts to curb on pay through various mechanisms the trend could not be reversed.

In boom times it is a non-issue to shareholders because they are reaping rewards from companies doing well in the market in the form of increased share prices and dividends. It is only when the economy has dampened and the shareholders are not satisfied that executive performance and compensation become a 'hot' issue.

The recent financial crisis has again triggered the debate on executive compensation. A proposal to limit executive compensation came up for discussion at G 20 meeting held in Pittsburgh in September 2009. Harvard Business Review in July 2009 had carried a discussion on the subject. However this is not the first time that issue has been discussed.

In an article published in Harvard Business School forum in August 2005 James Haskett raised the question questioned 'is there an efficient market in CEO compensation?'

He observed: "In recent years, investors in U.S. companies have seen their companies' CEOs rewarded with bonuses, stock option mega grants, retroactive monetary awards for past performance, pensions, and other compensation that makes the annual income of even media personalities and the best professional athletes pale by comparison.

Students of efficient markets might argue that these are merely a reflection of the scarcity of supply among those thought to be able to lead large organisations. And yet there is evidence of little or no relationship between the size of CEO compensation awards and corporate performance. Why?"

He argued that it was so because efficient market was not working for CEO compensation. CEO pay of a company is often determined by benchmarking to average CEO pay of similar companies. Therefore, if a few CEOs can establish lavish pay for themselves, others are likely to get similar pay.

In response to the column of Haskett, many readers endeavoured to explain the phenomenon of 'excessive compensation'. There were many expl anations, some of which are: ". . .these high executive compensation packages are... necessitated by the reduced 'life spans' of chief executives."; "The price of a CEO for a company seems to run on a scale based on size. The ultimate problem with that is the large failure effect..."; "... in most cases, an external CEO is probably the 'easiest, politically correct' option... where there would typically be two or three close [internal] contenders for the top job." Usually external CEOs enjoy premium over internal CEOs.

In India the debate has recently been ignited by two influential individuals in the government, -- corporate affairs minister Salman Khurshed and deputy chairman of the Planning Commission Montek Singh Ahluwalia. They have cautioned Indian companies to curb what is deemed to be 'vulgar' pay packages of their executives.

It is true that companies do not operate in vacuum and therefore, their behaviour should not be 'vulgar' in the social context in which they operate. What is vulgar is a matter of perception.

Compensation of employees in the government sector, including state owned enterprises, may be viewed as vulgar when it is compared with the per capita income or compensation/earnings of individuals in the unorganised sector.

Perhaps, those two top functionaries of the government were referring to inequality of earnings between CEO and other employees.

Inequality is norm in the Indian society rather than an exception. Government does not show concern about the 'vulgar' (!) display of wealth by a few when a large part of Indian population struggles for food, clothing and shelter. Therefore, when the government singles out CEO compensation to address the question of inequality, it should be taken as a political posture rather than a sincere concern for inequity in the society.

Excessive CEO compensation should be viewed as a corporate governance issue. It may be that the government is concerned about shareholders' interest. It is true that the government has the responsibility to protect the interest of shareholders and other stakeholders companies and it frames appropriate laws for protecting the same. But introduction of a regulation to cap CEO compensation is not the right solution.

Regulations have failed to work effectively because compensation can come in many forms. Regulations have the potential to damage the talent market and the reward system.

It is true that, in practice, shareholders have no say in executive (including CEO) compensation. This issue can be addressed by individual companies.

Companies should establish a system of dialogue between the board of directors and shareholders to ensure that shareholders' inputs are used in deciding compensation of CEO and other top executives.

For example, the board of directors of the Microsoft Corporation has approved a shareholder advisory vote on executive compensation at this year's shareholder meeting on November 19, as part of a 'say-on-pay' plan to allow shareholders to provide inputs on the company's compensation of senior executive officers.

Excessive CEO compensation is a non-trivial issue and most boards have failed to deal with the issue effectively. This reflects the ineffectiveness of the boards in its oversight function. Therefore shareholders should worry about how to make boards more effective rather than singularly focusing on CEO compensation. The only way to improve the effectiveness of the board is shareholder activism.

Securities and Exchange Board of India has initiated steps in this direction including provision for financial support to shareholder associations registered with it from Investor Protection and Education Fund. However, a lot is left to be done.

CEO pay should be linked to performance: Survey