Mumbai a city of 'slum dwellers'? 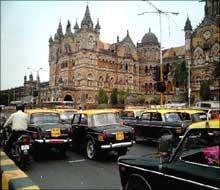 "Worldwide, one in three persons lives in a slum. But the figures are much higher for Mumbai where 54.1 per cent of the population are slum dwellers as per the 2001 Census."

As per the report, the slum and hutment dwellers of unauthorised structures form an integral part of this vibrant metropolis.

McKinsey and Company in a recent study conducted for Bombay First, also stated that the Mumbai metropolitan region (MMR) suffers from an acute shortage of affordable housing.

In 2008*, about 23 lakh (2.3 million) households in Greater Mumbai and close to a 10 lakh households in the rest of MMR could not afford a basic housing unit.

Against the backdrop of continued population growth, rising incomes and appreciation of property prices, the challenge facing the city of Mumbai in ensuring access to quality housing for all, is daunting. Much will depend on the ability to develop a strategy that delivers sustainable affordable housing solutions to the diverse constituents of the region.

The paper, published by McKinsey outlines potential approaches to ensure the creation of adequate affordable housing stock in MMR.

The first section defines 'affordable housing' and outlines the factors that will continue to make the provisioning of affordable housing a challenge - in particular strong population growth and the higher long term appreciation in property prices vis-a-vis income growth.

Finally, the last section outlines a combination of initiatives to deliver sustainable housing in MMR.

The complex nature of the housing shortage in MMR and the experiences of other countries suggest any proposed housing policy should be governed by a set of principles that stakeholders agree upon. We offer a set of six principles that we believe will allow MMR to create a policy framework that could spur affordable housing stock that benefits the region and its residents.

With these governing principles in mind, we recommend four initiatives by the state government supported by enabling measures by the central government to deliver sustainable affordable housing in MMR.

Initiatives by the state government to create affordable housing stock could include introducing inclusionary zoning mandates, directly participating in housing stock creation, and making direct interventions in the housing market.

In essence, government interventions that complement the private sector through direct participation in the creation of affordable housing stock are needed.

With over 1.9 million households living in slums**, an effective model to rehabilitate slum dwellers is critical to addressing MMR's affordable housing requirements. We suggest a two-pronged approach to slum rehabilitation. This includes both market-assisted redevelopment of slums as well as government led rehabilitation of slums.

While much can be done by the state government, these initiatives can be complemented by several measures by the central government, particularly in improving access to housing finance, providing tax incentives to affordable housing development and increasing capital assistance through programmes such as the Jawaharlal Nehru National Urban Renewal Mission (JNNURM).

* Analysis based on the assumption that an affordable house has to fall within 4 times a household's gross annual income, estimated 2008 household income and average residential prices of Rs 5,400 per square feet in Greater Mumbai and Rs 2,500 per square feet in the Rest of MMR The basic housing unit considered is a 275 square feet carpet area unit with attached sanitation.