News
Business
Movies
Sports
Cricket
Get Ahead
Money Tips
Shopping
Sign in  |  Create a Rediffmail account
Rediff.com  » Business » Stimulus not to be withdrawn this fiscal

Stimulus not to be withdrawn this fiscal 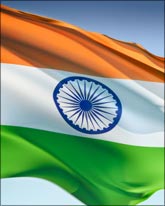 The government on Monday said that the stimulus packages to perk up the economy during the slowdown are not likely to be withdrawn this fiscal and the exit when it happens will be a gradual one.

"The general indication today is that stimulus will continue this year, that is the indications given by everybody. Let us not think stimulus is something that will be withdrawn all at once," Cabinet Secretary K M Chandrasekhar told reporters on the sidelines of a CII event on competition policy.

He, however, refused to specify which part of stimulus will be withdrawn.

"We have not thought what to remove. Stimulus contains many things that might change," he said.

Chandrasekhar said, right now all the indications given to me by various ministries are that currently there is no immediate move to change the stimulus packages.

At the seminar, Finance Minister Pranab Mukherjee, too, said stimulus would be wound up when recovery is on a firm footing.

Chandrasekhar said stimulus packages have been working and there is improvement on all economic parameters.

There are signs of improvement in industry, which grew by 11 in August and 9.1 in September.

Source: PTI© Copyright 2021 PTI. All rights reserved. Republication or redistribution of PTI content, including by framing or similar means, is expressly prohibited without the prior written consent.
Related News: M Chandrasekhar, CII, Pranab Mukherjee
SHARE THIS STORY
Print this article