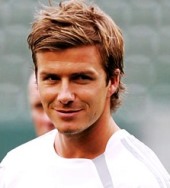 The effects of Dubai's spiralling credit crisis has not spared even the coffers of Hollywood with A-listers like Brad Pitt and David Beckham among those affected.

The two have seen the value of property they bought in the Gulf plummet as Dubai struggles under a mountain of debt, reported Daily Mail online.

Things have now gone from bad to worse after Nakheel, the island's developer, and its parent company Dubai World made a request on Thursday to suspend debt repayments.

The Dubai government has been forced to call in accountants Deloitte to advise on a financial restructuring, as its economy buckles under a debt of $80 billion, said the report.

This could cause a major crisis of confidence in the region at the time when the global economic recovery remains fragile.