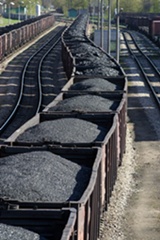 The country's largest coal producer, Coal India, on Monday said 52 global companies have expressed interest in partnering with it for acquiring mines overseas, especially in Australia, Mozambique and Indonesia.

"We have asked for global expression of interest. It has evoked a lot of response from the world over. Fifty-two companies have expressed interest," CIL chairman Partha S Bhattacharyya told reporters on the sidelines of the second coal summit.

To meet the growing demand of coal in the country, CIL is considering acquisition of coal properties overseas, specially in Australia, Mozambique and Indonesia.

It expects to buy at least one mine overseas in the current financial year.

CIL has appointed Royal Bank of Canada to conduct due diligence for exploring Australian coal properties.

Over 100 cos keen on ties with Coal India

Coal India may up prices by up to Rs 175/ton