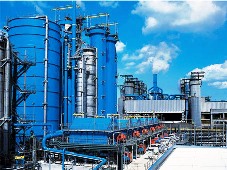 ArcelorMittal may pull out of its $20-billion plan to build steel plants in Indian states of Jharkhand and Orissa, because of delays in land acquisition process, and look elsewhere in the country for the projects, its chief Lakshmi Mittal has said.

"If we cannot make progress in these two sites we will have to abandon the idea of starting the projects there and look for other places in India for our expansion," ArcelorMittal Chairman and CEO Mittal told British daily Financial Times.

The newspaper quoted Mittal as saying that the delays in persuading farmers and others to sell the land required for building the plants were 'unacceptable' to the company.

Though the preparatory work has been under way for two years, the financial effect of abandoning the plants would be 'negligible' since no land had so far been acquired and no building work has been done, Mittal added.

ArcelorMiital, which last month striked a deal to acquire 35 per cent stake in Indian steel firm Uttam Galva as a co-promoter, had proposed to set up two large steel plants with capacity of 12 million tonnes a year in Jharkhand and Orissa.

"Lakshmi Mittal is close to pulling out of a $20 billion plan to build two large steel plants in India -- the centrepiece of efforts by one of the world's most prominent industrialists to expand in the country of his birth," the Financial Times said.

Mittal told FT that the people in India had to be "educated" into supporting gradual industrialisation, including the need to build new steel plants on agricultural land.

"Although Mittal said he was still committed to building at least one steel plant in India, abandoning his plan to have two sites producing between them about 24 million tonnes of steel a year by around 2015 would be a big blow," the newspaper said.

The decision to abandon the said plants would delay by several years Mittal's plans to have a sizeable presence in India.

Mittal, whose company has been working on its planned Indian plants for more than two years, thinks that by 2020 India will be making four times as much steel as it does now.

An ArcelorMittal spokesperson, last week, said that the company would look out for opportunities to expand its operational presence in India.

At the same time, the steel giant, which has been created through a slew of takeovers, is also gearing up to re-examine selected M&A opportunities.