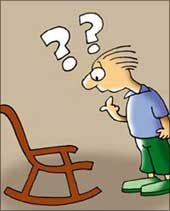 The United Progressive Alliance government is set to roll out yet another social security plan -- Swavalamban -- that will provide lifelong pension of at least Rs 1,000 per month to workers engaged in unorganised sectors.

The pension could be still higher if the worker is able to voluntarily save more through higher contribution.

Finance Minister Pranab Mukherjee in likely to launch the scheme in the first week of July from Rai Bareli, the Lok Sabha constituency of Congress president Sonia Gandhi.

R Gopalan, financial services secretary, has begun consultations with the heads of the Life Insurance Corporation, the Insurance Regulatory and Development Authority, and the Pension Fund Regulatory Authority Fund, as a prerequisite to the implementation of the scheme. The scheme is likely to get final shape by mid-May.

Initially, the scheme will be available for only three years. Its continuation will depend on the response it gets from the unorganised sector. The government will pay the pension as the scheme is to be run by the state-run Life Insurance Corporation of India under the supervision of the Pension Fund Regulatory and Development Authority.

Under the scheme, a worker will have to contribute Rs 100 a month for 20 years to be eligible for drawing the pension until death or completion of 60 years of age. The central government will put Rs 1,000 a year for the first three years in each such pension account opened as part of the government's commitment to provide social security to the vulnerable sections of the society.

Mukherjee has earmarked Rs 100 crore (Rs 1 billion) in the 2010-11 Union Budget for the scheme that will benefit up to 1 million (10 lakh) workers. While presenting the Budget in the Lok Sabha on February 26, the finance minister had appealed to the state governments to contribute a similar amount to make the scheme more robust.

Swavalamban (self-reliance) is the name Mukherjee gave to the initiative that he hopes to make as popular as the Mahatma Gandhi National Rural Employment Guarantee Scheme. Sources said this name is most appropriate as the scheme is basically to encourage people from the unorganised sector to voluntarily save for their retirement.

Although he does not expect an unorganised worker be able to pay more than Rs 100 a month to enjoy the pension benefits that the government employees enjoy, Mukherjee has set the minimum limit of Rs 1,000 a year and the maximum limit of Rs 12,000 as contribution to the scheme.

Informed sources say that this is the same New Pension Scheme that was made available to all Indians -- in the age group of 18 to 55 years who are not a part of any scheme for economic security after retirement from work -- on May 1 last year.

Sources say that the finance minister wants the NPS to become more attractive to those in the unorganised sector by offering the government's contribution of Rs 1,000 per annum in each such case and by asking the state governments to chip in with an identical sum to provide social security to the downtrodden having no resources to fall back on in their old age.

Realising that the scheme proved a non-starter for the unorganised labour in its first year, Mukherjee spoke to the prime minister if the government can make it popular by contributing on its own to any account so opened. Only 3,784 people from the unorganised sector have become NPS subscribers till February 19.

Gopalan has already discussed the new scheme with IRDA chairman J Hari Narayanan to give clearance to the scheme at the earliest. Gopalan says there are 1.4 million LIC agents in India and the government plans to incentivise them to attract the unorganised workers to subscribe to the Swavalamban scheme.

If each agent is able to enrol at least three or four workers, there will be at least 5 million subscribers over time.

Though the government has set the target of only 1 million subscribers from the unorganised sector in 2010-11 by providing Rs 100 crore in the Budget as its own contribution to such accounts, Gopalan says that finding funds to contribute to more people joining the scheme will pose no difficulty.

Construction labourers, who were left out in the first scheme, will be encouraged to join the Swavalamban pension scheme.