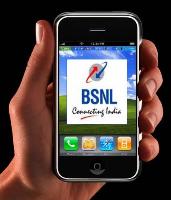 The Bharat Sanchar Nigam Limited employees union said on Monday it would start an indefinite hunger strike from April 12, demanding early orders on wage revision and payment of arrears.

"The United Forum of BSNL Unions has decided to resort to indefinite hunger strike from April 12, 2010 in front of the Bharat Sanchar Bhawan, demanding early orders on wage revision and payment of arrears, which are due from January 1, 2007," BSNL employees union general secretary VAN Namboodiri said.

"We request department of telecom and the communications minister to intervene to ensure that justice is given to the non-executive employees of BSNL," Namboodiri said, adding hunger strike will be extended to state and district levels, if the settlement is delayed.

Neither the orders have been issued nor the payments made, the statement said.