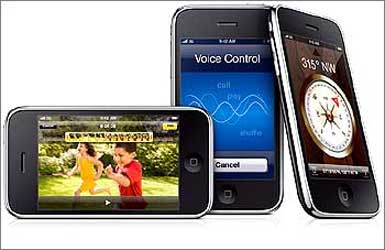 With 3G services set to become a reality by year-end, over millions of mobile users can experience real-quick downloading of full length movies or music files, live TV and video calls.

The auction for 3G spectrum, which began on Friday, will open up a whole new world of opportunities for the users as well as the telecom operators.

The 3G technology, or the third generation mobile communications, will allow telecom operators, including Bharti, Vodafone, RCom and Tata which are in fray to acquire radio waves, to offer better quality of voice calls under 3G compared to 2G services.

3G users can access through handsets high-speed Internet anytime anywhere and can also make video calls wherein both the caller and the receiver will be able to see each other while speaking. TV programmes can also be watched on mobile handsets with a 3G connection.

Though state-run MTNL and BSNL are already offering 3G services, they have not been able to attract a large number of subscribers.

The process for auction of the radio waves began smoothly today. There are nine mobile operators, including the big six, that would bid for the 3-4 slots on offer.

The winners will be awarded spectrum only in September, which means commercial operations of 3G services should be possible only by the end of 2010 or early 2011.

It is also important from the aspect of bringing in new revenue channels to supplement the existing ARPU's, to maintain or improve margins in a highly competitive market, he added.