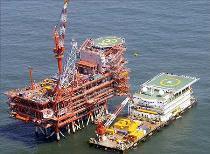 ONGC's claim is based on what it called pre-emptive rights in oilfields like Rajasthan, where it is an equity partner with Cairn India.

In a letter to Cairn Energy Plc Chief Executive Bill Gammell, ONGC Company Secretary N K Sinha sought details of the Vedanta deal, saying the Edinburgh-based firm required "consent of ONGC besides other governmental approvals to consummate the proposed" sale of up to a 51 per cent stake in Cairn India to London-listed Vedanta.

The state-owned firm owns 30 per cent in the 6.5 billion barrels Rajasthan block that is at the centre of Cairn Energy Plc's $8.48 billion deal to sell its majority stake in Cairn India to Vedanta Resources.

Cairn India, 62.37 per cent owned by Cairn Energy, is the operator of the block with a 70 per cent stake.

ONGC believes that by virtue of its stake in Rajasthan block, it has the pre-emption or right of first refusal to buy Cairn India in case the company's ownership changed.

But the Joint Operating Agreement between Cairn India and ONGC gives partners pre-emption rights in case of sale of interest by either parties in the block, but not in the case of corporate ownership change, which is what is happening in the Cairn-Vedanta deal.

If Cairn Energy had offloaded its stake in the stock market, like it did when it in the past couple of years sold as much as 14 per cent in Cairn India to Petronas of Malaysia, ONGC couldn't have done much, industry observers said.

The state-owned firm did not do anything when the stake was sold to Petronas in two tranches. Upon exercising its pre-emption right, ONGC may end up paying between $12 to 13 billion at the Rs 355 a share price at which Vedanta is acquiring Cairn Energy's shares in Cairn India.

"ONGC has examined the relevant agreements signed by Cairn Energy Plc and/or its affiliates with government of India and inter-se with ONGC as one of the participating companies in the various oil blocks/fields and other related documents," Sinha wrote to Gammell on Monday.

"Based on this documentary examination, it is noted that ONGC has, inter-alia, pre-emptive rights in relation to Cairn's participating interest under the various agreements with the government of India and ONGC and that Cairn Energy Plc and/or its affiliates require consent of ONGC besides other governmental approvals to consummate the proposed transaction," he wrote.

ONGC requested "full details along with copies of the agreements and other arrangements entered into between Cairn Enegy Plc and/or its affiliates and the proposed buyer."