Consumer electronics major Videocon on Monday said it is in talks with foreign entities for a 26 per cent stake sale in its telecom subsidiary Videocon Telecommunications and that a deal would fructify "very soon". 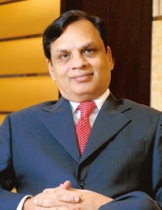 "You will see us diluting 26 per cent equity in our (telecom) business very soon...we are looking for a total valuation of Rs 15,000-crore (Rs 150 billion)," Videocon's Chairman V N Dhoot told reporters on the sidelines of an ASSOCHAM event here.

His statement comes amidst reports of the diversified company being in talks with South Korean company S K Telecom, after having failed in talks with UAE's Etisalat and Turkey's Turkcell over valuation issues.

Dhoot, however, did not specify whether it would be a strategic sale or sale to a financial investor.

Replying to a query, he said "many foreign investors from Europe, the US and Japan have been trying to enter the Indian market but have failed because of valuation issues."

Videocon, which launched its GSM-based mobile telephony services in March this year, currently operates in 10 circles and has licenses for all the 22 circles, Dhoot said.

Currently, the telecom initiative is a wholly-owned subsidiary of Videocon, Dhoot said.