Air transport: ATF should be in 'declared goods' 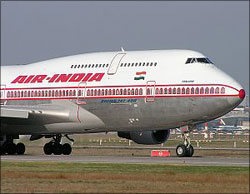 Over the last few months, the airline sector has been flying high. The airline companies are reporting good passenger numbers and the aviation turbine fuel (ATF) prices have been at manageable levels.

Thanks to improvement in demand, players have been able to increase fares. Also, reducing capacity and route rationalisation has facilitated improvement in seat utilisations.

The cost cutting initiatives undertaken by the Companies have also made it possible for some companies to turn green at the operating and net earnings level.

Over the last few years with the advent of low cost carriers or no-frills carriers namely IndiGo, SpiceJet and GoAir, the share of full service carriers (FSC) like Jet Airways, Kingfisher and Indian Airlines has come down.

The air transport sector is seeing some light at the end of the tunnel. Though there is still some rough weather to face, the performance is improving. The passenger numbers are at least showing some positive move.

Fuel cost accounts for 35-40% of the operating costs down from the 45-50% level manly due to dip in ATF prices. The December 2009 quarter financial numbers have shown a better operational performance and the companies with efficient operating performance would stand out against the others. The sector could also see some consolidation.

ATF prices to fall by 2.5% from midnight