News
Business
Movies
Sports
Cricket
Get Ahead
Money Tips
Shopping
Sign in  |  Create a Rediffmail account
Rediff.com  » Business » Citi board: Deutch not to stand for re-election

Citi board: Deutch not to stand for re-election 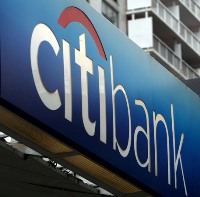 One of Citigroup's longest serving director, John Deutch, will not stand for re-election to the company's board of directors.

"On January 4, 2010, John Deutch, a member of the board of directors of Citi, provided notice to the chairman of the board that he will not stand for re-election to the board at Citi's next annual meeting of stockholders, scheduled for April 20, 2010," Citi said in a regulatory filing to the US Securities and Exchange Commission.

According to The Wall Street Journal, Deutch joined Citi's board in 1996, after leading the Central Intelligence Agency.

"Directors that served on Citi's board during this financial crisis should rotate off in an orderly fashion. My view is that there should be a complete turnover. Now is the time that's appropriate for me," Deutch said in an interview to the WSJ on Thursday.

Several longtime directors at Citigroup have stepped down from the board since the crisis erupted.

In the wake of staggering losses and government rescues, federal officials have pressured Citi chairman Richard Parsons and other directors to shake up the board and recruit outsiders with expertise in the banking industry, the daily noted.

Citing a Citigroup official, the WSJ said more directors might decide to leave before April's annual meeting and the bank might also announce some new recruits to the board.

Source: PTI© Copyright 2021 PTI. All rights reserved. Republication or redistribution of PTI content, including by framing or similar means, is expressly prohibited without the prior written consent.
Related News: Citi, John Deutch, WSJ, Citigroup, US Securities and Exchange Commission
SHARE THIS STORY
Print this article

CEOs sacked left and right in US

'As a woman, I don't fall in love with gadgets'