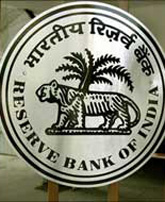 The buoyant foreign capital flows in debt instruments since the beginning of 2010 could weigh on the Reserve Bank of India's decision on whether to raise policy rates.

According to data available on the Securities and Exchange Board of India website, between January 4, the first day of trading in 2010, and on Wednesday, foreign institutional investors had pumped in $1.72 billion (Rs 7,900 crore) into debt instruments. In fact, these have overtaken equity flows, which stood at $1.38 billion (over Rs 6,300 crore).

So far in 2010, the cumulative inflows -- equity and debt -- have been $3.1 billion. As a result, the rupee has already appreciated around 1.28 per cent against the US dollar during the first three weeks of the year.

The sharpest increase has been seen against the euro (see table).

The RBI's third-quarter review of monetary policy is due to be announced on January 29.

Market players said that in recent weeks, FII investment in debt instruments has gone up, as they are trying to take advantage of the higher interest rate regime in the Indian market compared with those prevailing in the developed countries facing severe economic slowdown.

While Indian government bond yields have moved up from 6.05 per cent in April 2009 to 7.70 per cent now, the interest rates in developed economies are quite low -- in some cases, close to zero -- as central banks try to spur economic activity.

Manish Sarraf, head of treasury at Dhanalaxmi Bank, said the huge flows in debt is one point the RBI would factor in while taking decision on rates. He said any increase in the rates could trigger a further inflow of foreign funds into the debt market. It would increase the work for RBI, as it would have to sterilise dollar flows and then suck out any excess rupee liquidity.

"If Reserve Bank of India raises the policy rates, overseas portfolio inflows in the debt market might go up. While there are certain restrictions on their investment in the debt market, it is not possible to prevent a surge in inflows," said Rupa Nitsure -- Rege, chief economist with Bank of Baroda.

So far, RBI's intervention in the foreign exchange market has been limited.

Going forward, if the central bank steps in to check a steep appreciation, it would end by providing more rupees into the system, when it purchases US dollars. In the process, it would increase the liquidity, which is still abundant, with banks parking nearly Rs 81,000 crore (Rs 810 billion) through RBI's reverse repo window.

While the government and RBI, which reviewed the trends, have said the capital flows are not a cause for concern at the moment, the central bank has acknowledged that if the funds continue to come in large amounts, monetary policy calculations would need to factor in this issue as well, noted the head of a small public sector bank.

The debt inflow data put out by Sebi does not include the new foreign currency convertible bonds and external commercial borrowings, which have made a comeback.

Related News: Reserve Bank of India, Securities and Exchange Board of India, FII, Bank of Baroda, US
SHARE THIS STORY
Print this article