The Hongkong and Shanghai Banking Corporationon Friday announced it will acquire the Indian business of Royal Bank of Scotland worth $1.8 billion, a move that will help the British giant gain greater exposure in the country. 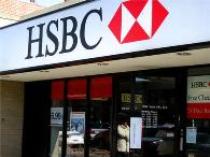 RBSs retail and commercial banking businesses in India currently have 1.1 million customer relationships served by over 1,800 staff through 31 branches. HSBC expects to complete the acquisition through its Indian subsidiary by the first half of 2011.

"The total consideration will comprise a premium of up to $95 million over the tangible net asset value of the businesses being acquired at the closing of the transaction, less an adjustment equal to 90 per cent of any credit losses incurred on the unsecured lending portfolio in the two years subsequent to deal completion," HSBC said in a statement here.

This is the third major transaction for HSBC in India.

In June 2008, HSBC entered into a joint venture insurance company with Canara Bank and Oriental Bank of Commerce, gaining access to a distribution network of 5,000 branches and 50 million customers.

In September of the same year, HSBC acquired IL&FS Investsmart, now HSBC InvestDirect, a major retail brokerage with more than 130,000 customers and outlets across 52 cities.

HSBC Group Chief Executive and Chairman of The Hongkong and Shanghai Banking Corporation Limited, said: "The main focus of our strategy is on emerging markets and this acquisition is our third transaction in one of the world's largest and fastest growing developing markets in the last two years."

India was the second fastest growing economy in the world by GDP last year and is set for another strong year with forecast GDP growth of 8.5 per cent in 2010.

According to the International Monetary Fund, it is expected to be the world's third largest economy, based on purchasing power parity, by 2012.