India Inc has raised a whopping Rs 237.3 billion (Rs 23,730 crore) through initial share sales in April-January, which is nearly 10 times than that mobilised during the corresponding period last fiscal. 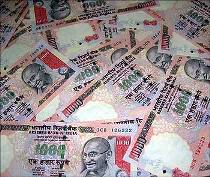 With the stock market re-emerging as the preferred place for fund raising, as many as 28 companies came out with initial public offers during April-January 2009-10 raising a total of Rs 23,731.88 crore.

During the 10-month period, two companies also came out with further public offers raising a total of Rs 644.7 million, while none did this during the same period previous fiscal.

Meanwhile, institutional placement seems to have gained favour with Indian corporates as a host of them mobilized Rs 391.44 billion (Rs 39,144 crore) during the April-January period of the current fiscal through the route.

Source: PTI© Copyright 2021 PTI. All rights reserved. Republication or redistribution of PTI content, including by framing or similar means, is expressly prohibited without the prior written consent.
Related News: SEBI, India Inc
Print this article

India Inc to give up to 12% salary hikes to execs