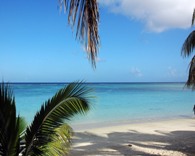 A tax authority has ruled that Mauritius-based companies will have not have to pay capital gains tax in the country, a decision that will encourage global business entities to route investment from the island nation.

"We uphold the contention of the applicant (ETrade Mauritius) that by virtue of the India Mauritius DTAA (double tax avoidance agreement), capital gain tax is not liable to be charged in India," said the Authority of Advance Rulings (Income Tax).

The decision, said Diljeet Titus, senior partner of the law firm Titus & Co, will encourage "treaty shopping", a mechanism through which the resident of a third country takes advantage of the provision of the double tax avoidance agreement between two countries to reduce tax liability.

The AAR gave this ruling in a case pertaining to levy of capital gains tax on profits made by ETrade Mauritius, a subsidiary of the US-based Converage Arrows, by selling shares of IL&FS Investment to HSBC Violet Investment Mauritius.

The income tax department had earlier assessed that capital gains tax liability of Rs 24.31 crore at 21.11 per cent of sale consideration. The AAR ruling clears the doubts on the availability of treaty benefit to the residents of Mauritius, said law firm Khaitan & Co, which represented ETrade before the tax authority.

Although the AAR ruling applies to ETrade, it said, "such rulings do have persuasive value and are generally considered in other similar cases." Commenting on the decision Titus said, "thousands of companies take advantage of the tax treaty with Mauritius, as a result of which exchequer lose revenue...Only half hearted attempts had been made to prevent misuse of the double tax treaty."

Ideally, he added, the country should have the right to levy capital gains tax from transaction of shares taking place within the country.

'Mauritius is not a tax haven'

NRI can claim $330 million from HSBC