Broadband Internet in all villages by 2012: Pilot 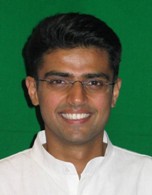 The government is committed to connecting every single panchayat in the country with high-speed Internet in two years, Minister of State for Communications and IT Sachin Pilot said.

"The commitment of the government of India has been that by 2012, we will connect every single panchayat with high- speed broadband access," he said while speaking at the three-day Bangalore IT.Biz conference, an annual, state-sponsored technology event. IT Secretary Shashi Kant Sharma spoke of the challenge of low broadband connectivity, coupled with high broadband costs, in rural areas.

"It's of importance for the government to take the necessary steps to bring down the cost of broadband access as well as ensure functional connectivity up to the panchayat level," Sharma said.

Pilot said that when the panchayats are connected with high-speed broadband, it would result in a paradigm shift in the interface between citizens and the state government, the Centre and local bodies in terms of quicker, faster and transparent delivery of services.

Speaking in general terms, Sharma said when information is made available online, it raises the twin concerns of cyber security of systems and data and privacy of personal information and this needs to be addressed.

"The Department of Information Technology intends to facilitate this through creation of appropriate standards to be developed, customised and adapted across all government systems," he said, adding that these standards are aimed at providing seamless access in a more secure and trusted manner.

Pilot stressed that he does not want see the IT sector as the elitist preserve of the educated class in a few cities.

"It's my endeavour to make sure that this image -- the psychological barriers that we have had of the IT sector -- should be broken down," he said.

Pilot added: "The real job, the real essence, the real value of the IT sector is not merely in creating investments and earning dollars. If the IT sector can improve the life of the common man, that's the true value..."

Source: PTI© Copyright 2022 PTI. All rights reserved. Republication or redistribution of PTI content, including by framing or similar means, is expressly prohibited without the prior written consent.
Related News: Shashi Kant Sharma, Department of Information Technology, State for Communications, IT Sachin Pilot, Bangalore IT
Print this article

Minister to give 1,000 free mobiles to BPLs