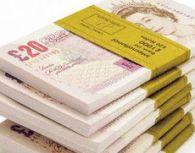 Europe's economy is recovering at a faster pace and growth is projected to be nearly double than previously projected in 2010, according to the European Commission.

The optimistic economic reading of Europe comes at a time when the global economy is grappling with sluggish recovery, raising concerns that many governments may have to come up with another round of stimulus.

"The European Union (a grouping of 27 nations) economy, while still fragile, is recovering at a faster pace than previously envisaged," the European Commission said.

"This represents a sizeable upward revision compared to the spring forecast (1 per cent for the EU and 0.9 per cent for the euro area)," the Commission, executive arm of the EU, noted in a statement.

The latest projections are based on economic activities in France, Germany, Italy, the Netherlands, Poland, Spain and the UK. These nations account for 79 per cent of EU economy and 83 per cent of euro area GDP.

Among them, economic giant Germany is anticipated to clock an annual growth of nearly 3.5 per cent in 2010. As per the Commission, EU and euro area economies are expected to expand 0.5 per cent, respectively, in the third quarter. Spiralling debt turmoil in countries such as Greece, Portugal and Spain had threatened to derail the fragile world economic recovery.

"The European economy is clearly on a path of recovery, more strongly than forecast in the spring, and the rebound of domestic demand bodes well for the job market." "However, uncertainties remain and safeguarding financial stability and continuing fiscal consolidation remain key priorities," EU Economic and Monetary Affairs Commissioner Olli Rehn said.

Last week, Paris-based OECD, a grouping of mostly developed countries, said global economic recovery is slowing down and cautioned that governments may have to come up with more stimulus measures to boost the growth.

The Organisation for Economic Co-operation and Development (OECD) pointed out that uncertainty about world economy has increased. The US Federal Reserve last week warned that American economy is witnessing widespread signs of slowdown.

How to sustain a high GDP growth